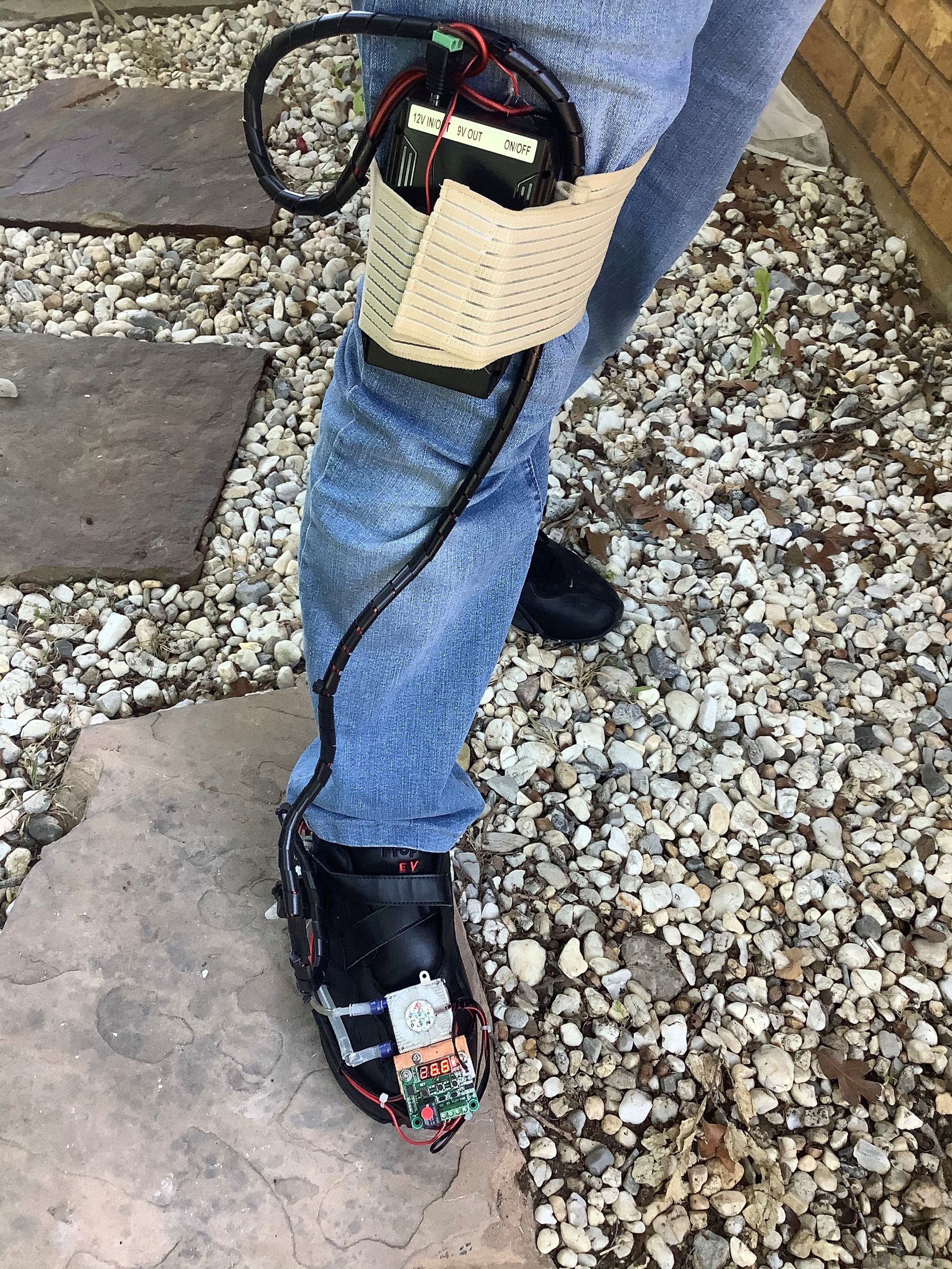 Nearly 1.5 million Americans are diagnosed with diabetes each year and every 1.2 seconds someone around the world gets a diabetic foot ulcer. Some foot ulcers even lead to toe or limb amputations.

Scientists think that lowering the temperature of patients’ feet could help prevent these dangerous wounds.

Dr. Metin Yavuz, an associate professor of health care sciences at UT Southwestern, and his team recently published a study in the Journal of Foot & Ankle Surgery that shows how their cooling insole technology can lower the temperature of diabetic patients’ feet by up to 10 degrees Fahrenheit.

Diabetic foot ulcers happen most often in patients who lose sensation in their feet -- a condition called diabetic neuropathy.

If patients lose the ability to feel pain, they can wear through the skin on their feet the same way that other people wear holes in their socks, said Dr. David Armstrong, a podiatric surgeon at Keck School of Medicine at the University of Southern California.

As people walk, there are two forces acting on their feet that can cause damage over time. One of these forces is pressure, or the force of the bottom of the foot in contact with the ground. Most clinicians treating these patients focus on pressure as a cause of diabetic foot ulcers and suggest either resting or wearing special diabetic shoes with extra support.

But there is another force that some physicians ignore, said Dr. Armstrong. “Shear stress is podiatry’s ‘dark matter,’” he said, drawing on a physics metaphor. Both dark matter and shear forces exist, but are hard to measure directly.

Shear force, or the friction caused by the foot sliding across the ground during a step, is just as important to consider when treating patients with diabetes. “When we are cold, we rub our hands together. It produces heat through kinetic friction. Well, the same thing happens actually inside our shoe when we walk,” said Yavuz.

Shear forces cause the temperature in our feet to rise by about 10 degrees Farhenheit, he said.

As temperatures rise, the cells in our skin require more oxygen. But, blood can only circulate so fast around our body to provide those cells with the oxygen that they need. The cells end up needing more oxygen than is available.

This imbalance can lead to the breakdown of whole tissues. In patients with diabetes, doctors can actually predict where ulcers will form on their feet by looking for “hot spots.”

In 2014, scientists from the University of Michigan designed a supportive insole to reduce shear forces that patients experienced while walking. The insoles kept patients’ feet cooler.

But these insoles passively cooled patients’ feet by reducing shear forces, while Yavuz’s technology actively pumps cold water through the insoles to change their temperature while the patient is walking.

Some experts caution that lowering foot temperature might not reduce the risk of foot ulcers. “Reducing temperature without managing shear force doesn’t necessarily prevent tissue damage,” said Dr. Bijan Najafi, a bioengineer who helped design the supportive insoles with the team at the University of Michigan.

In the next five years, Yavuz and his team hope to make their active cooling insoles readily available to consumers.

First, the efficiency of the design needs improvement. Right now, the battery powering the tiny electric cooler can only run for six hours. The team plans to optimize the power that it takes to cool the shoes so that the battery can last much longer.

Even differences in shoe tightness can cause one foot to be warmer than the other foot, said Najafi.

Finally, if the device effectively prevents foot ulcers in diabetic patients, the technology will require approval from the Food and Drug Administration.

Yavuz is happy to see the dream he first had as a Ph.D. student 12 years ago now come to life.

The first prototype of his active cooling insole was built back in 2015, and a lot of modifications were made since then to improve the device’s effectiveness and comfort. “I’ve learned to be very patient,” he said.

Now his team is in the process of applying for a patent for the design. The active cooling technology could be used for other purposes in the future, like cooling the cushions of motorized wheelchairs or the mattresses of hospital beds to prevent pressure sores.

Yavuz’s passion for developing diabetic insoles stems from his brother, who suffers from diabetic neuropathy and has had a foot ulcer in the past. Yavuz wants to help as many people as he can with his technology. “If I can prevent even 10 amputations, I will be happy,” he said.

Gina reports on science for The Dallas Morning News as part of a fellowship with the American Association for the Advancement of Science.