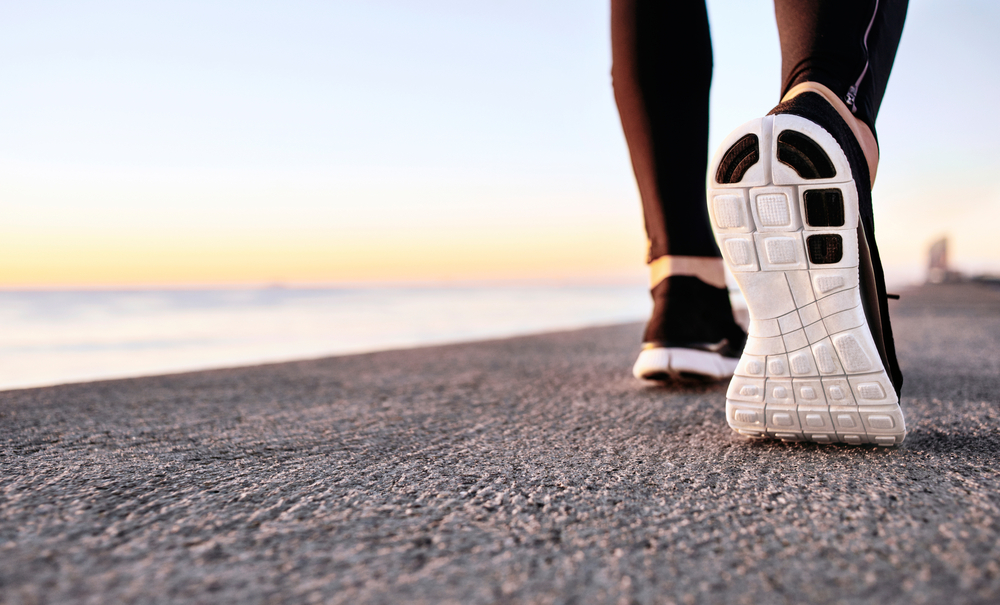 The Ancestor's Tale: A Pilgrimage to the Dawn of Evolution. The singular event in human evolution that first separated us from our simian ancestors was long held to be brain enlargement, but the tipping point was a more pedestrian development. Relatives of Lucy (sp. A. afarensis) walked in the volcanic ash of Laetoli, Tanzania 3.6 million years ago. Analysis of their fossil footprints strongly suggests these still partly arboreal ancestors walked fully erect with extended limbs like modern humans rather than with the less efficient ape-like, bent-knee, bent-hip gait. By 2 million years ago, genus Homo had abandoned arboreal life altogether; freeing of the hands associated with permanent adoption of bipedalism thus preceded and likely drove brain enlargement. As Darwin suggested, bipedal walking is the defining feature of our human lineage.

Diabetes and landmine-elated amputations: a call to arms to save limbs. The 21st century is witnessing a worldwide epidemic of diabetes; it is accompanied by one of its most feared sequela, limb amputation. Limb loss often reduces quality of life, functional status, and independence. Amputation may thus steal a defining characteristic of one's humanity – bipedalism. Lower extremity complications remain among the most common reasons for hospitalization in people with diabetes. During their lifetime, approximately one in four people with diabetes will develop a foot ulcer, the precursor of amputation. It is sobering to consider that one diabetes-related amputation is performed every 30 seconds around the world, a figure that exceeds all other causes of limb loss, including those from land mines.

Wounds in diabetes are caused largely by neuropathy and repetitive trauma from everyday activity. These wounds, when infected, all too frequently result in amputation. Concomitant vascular disease further complicates matters. A graphic plot of noninvasive vascular studies used to predict wound healing generally assumes a sigmoid-curve. This curve follows a rather steep incline centrally, with flat plains of non-healing at the bottom left (low flow/pressure) and likely healing at the top right (normal flow/pressure). Revascularization may “push” ischemic wounds up this incline, expediting healing. Conversely, with protection (by surgical and non-surgical offloading) and debridement, neuropathic wounds in the absence of ischemia predictably heal. Unmonitored, these wounds are prone to recur.

Diabetic foot care is highly variable, often fragmented, and lacks standardization. A wide variety of clinicians, frequently working in isolation, manage diabetic foot problems. Contemplation of this steep, slippery slope to healing and the resulting frustration it causes clinicians evokes the pre-Homeric tale of Sisyphus in Hades. This solitary tragic figure was condemned to roll a stone up an incline only to have it roll back down in a never-ending pointless cycle. Despite major advances in wound healing and revascularization procedures, amputation rates in people with diabetes remain unchanged or even increased in many regions, creating a burden worthy of an epic tragedy. But what if Sisyphus no longer had to toil endlessly alone, but instead had a partner to assist him? Over the past decade, many modern-day clinical protagonists have learned that teamwork matters. Recent studies suggest that interdisciplinary teams employing an integrated “toe and flow” care philosophy can reduce the incidence of major amputations.

Podiatry and vascular surgery are natural allies in the struggle against amputation. Last year, leaders of the Society for Vascular Surgery (SVS) and the American Podiatric Medical Association (APMA) met and agreed to begin the development of integrated programs to improve care for diabetic foot problems. This special joint diabetic foot issue is an early result of this collaboration, and the editors hope it catalyzes a sustained, synergistic relationship between our specialties.

We organized this supplement around two themes: (1) the triad of factors (neuropathy, infection, and ischemia) underlying diabetic foot problems; and (2) the evolution of interdisciplinary teams to address care delivery. Andrew Boulton, a distinguished diabetologist, eloquently outlines the painless pathway that leads to most diabetic foot complications. Neuropathy precedes ulceration; ulcer management is therefore critical to amputation prevention. Three articles address ulcers. Chris Attinger, who leads Georgetown's diabetic foot program, reviews the principles of wound debridement; Professors Cavanagh and Bus expertly describe the underlying biomechanical basis for offloading and specific techniques of importance in daily clinical practice; and, with clear illustrations, Bob Frykberg and associates address the indications and techniques for surgical offloading, an often neglected topic unfamiliar to many vascular surgeons. Stephanie Wu and Bill Marston analyze the role of advanced wound healing technologies and their effective applications. Warren Joseph and Ben Lipsky have produced an excellent summary of diabetic foot infection, focusing on diagnosis, classification, and antibiotic selection. A cogent, stepwise approach to the surgical management of infection is offered by Tim Fisher and colleagues.

The final element of the etiologic triad is addressed in four contributions. Chuck Anderson, a strong proponent of the integrated Vascular Surgery/Podiatry model, succinctly addresses noninvasive blood flow assessment. More complex imaging techniques and their appropriate use are comprehensively reviewed by Frank Pomposelli, based on extensive experience at Deaconess with the dysvascular diabetic foot. Following noninvasive diagnostic and imaging studies, revascularization may be required in up to one-third of patients with diabetic foot complications. Endovascular therapy and surgical bypass are complementary approaches. Dan Ihnat and Joe Mills from Arizona, and Mike Conte, now of San Francisco, respectively, focus on the roles and outcomes of endovascular and surgical revascularization in diabetic patients.

Completing the issue are three manuscripts by thoughtful colleagues from multiple disciplines. They provide important perspectives on the team approach: a “History of the Team Approach to Amputation Prevention” (Lee Sanders and colleagues); an economic analysis of diabetic foot problems and whether, in this cost-conscious era, such teams might reduce costs (Vickie Driver and associates from Boston); and an analysis of three classes of amputation prevention teams, emphasizing the key roles of podiatry and vascular surgery (Lee Rogers and coauthors). These papers lay the foundation for the fundamental question raised in this issue: how can diabetic foot care best be provided and amputations reduced? Working together is clearly the answer.

Rather than toiling heroically in isolation only to perish like the solitary Achilles, perhaps we can be more “Homeric” and team up. To that end, this joint publication in the Journal of Vascular Surgery and the Journal of the American Podiatric Medical Association represents a small step in an ongoing collaboration between the APMA and SVS. Such teamwork should prove a fruitful clinical odyssey for both doctor and patient. Readers are invited to take part in this effort to educate each other and the public, walking together in the global, uphill battle against amputations in people with diabetes.