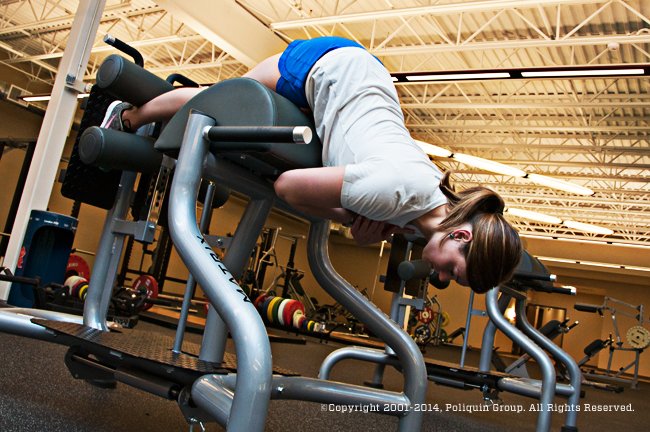 The need for speed is a given in sport, now more than ever. Its importance pushes coaches to experiment with speed chutes, plyometrics, resistance running and many other speed training methods. These tools all have their place, but the basics of any speed program should begin in the weightroom.

Before discussing the best weightroom exercises for running faster, let’s be clear that correcting structural imbalances should always take precedence in any athletic fitness training program. Weakness in the vastus medialis oblique, for example, can affect an athlete’s ability not only to perform squats properly but also to run efficiently.

This exception aside, it’s a fact that there is a relationship between muscle mass and running speed. In the article “Running Performance Has a Structural Basis,” published in July 2005 in The Journal of Experimental Biology, the authors looked at the physical characteristics of the world’s fastest 45 runners at eight distances (100 to 10,000 meters) run in international competitions from 1990 to 2003. The study reported that the runners who excelled in the shorter distances “were generally more massive than those in longer ones,” and the runners with the most muscle were those who excelled in the sprint events of 100, 200 and 400 meters.

Squats. Running speed is influenced not only by moving the arms and legs faster, but also by the ability to apply force into the ground – and the single best way to improve the latter ability is to increase lower body strength with heavy squats. In an eight-week study on elite rugby players, subjects who increased their maximal squat by an average of 30 kilos (66 pounds) also saw an increase in their sprinting speed by 6 to 7.6 percent in 5-, 10- and 20-meter sprints.

Power Clean. From an empirical standpoint, strength coaches know the power clean can make athletes faster. A survey involving 137 Division I college coaches found that 85 percent of them used the power clean in training their athletes; in the NFL, the percentage was 88 percent. The power clean increases an athletic capacity that sport scientists call the rate of force development; in other words, it enables athletes to apply their strength rapidly. This was proven in a 2004 study involving 20 Division III college football players. One group performed powerlifting exercises; another group did Olympic lifting exercises such as the power clean. Researchers found that the weightlifting group experienced a “two-fold greater improvement in 40-yard sprint time.”

Push Sleds. Pushing a sled (which can be performed both indoors and outdoors) bridges the gap between the weightroom and the track, such that the exercise closely approximates the positions in sprinting without altering running mechanics to the degree that would occur, for instance, when running while holding weights in your hands or using ankle weights. The key training idea to consider when using a sprint sled is that it should only be used to develop acceleration, which means your distances should not exceed about 20 meters (when the athlete begins to reach an upright sprinting position).

Glute-Ham Raise. Structural imbalances within the muscles of the posterior chain (glutes, hamstrings, and erector spinae) not only can lead to injuries; they also can affect speed. For example, the lower back muscles are involved in transferring force from the legs to the upper body. The glute-ham raise is an exercise that gives you a lot of bang for your buck because it works the glutes, both the hip extension and knee flexion functions of the hamstrings, and even the calves. As a bonus, by adjusting the foot position you can help resolve running technique problems related to structural imbalances between the medial hamstrings (semitendinosus and semimembranosus), which rotate the foot inward, and the lateral hamstrings (biceps femoris), which rotate the foot outward.  Athletes who run with their feet turned excessively outward should perform the glute-ham raise with their feet turned slightly inward to correct that imbalance.

Chin-Up. Working the upper body may seem like an odd way to improve running speed, but it makes sense when you understand that acceleration begins from the upper body. The chin-up develops strength in the upper body as well as in the abdominal muscles to counteract the torque of the lower body.

There is no single best weightroom exercise to improve speed. For best results, it takes a combination of different exercises such as the ones described here. Give these exercises a try for a good start – and a fast finish!