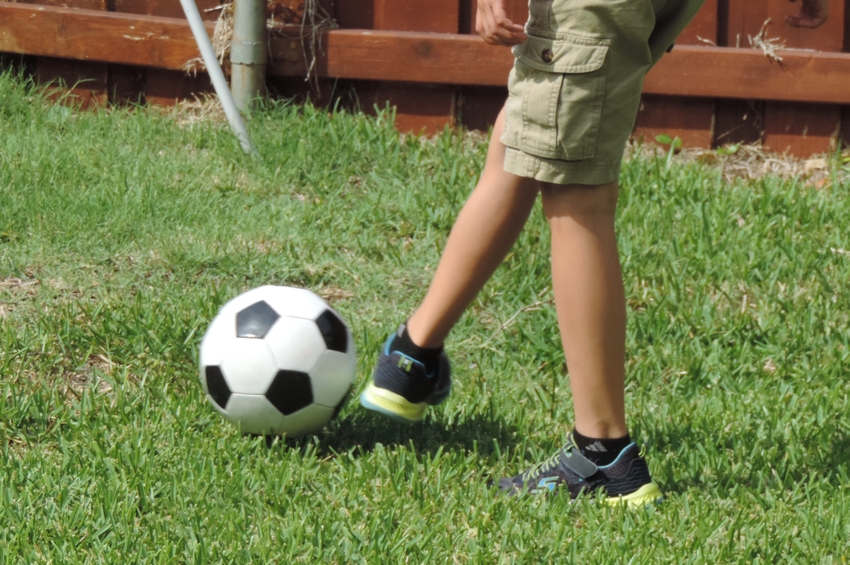 DALLAS, July  20, 2020 — Nearly 60% of American children do not have healthy cardiorespiratory fitness (CRF), a key measure of physical fitness and overall health, according to “Cardiorespiratory Fitness in Youth – An Important Marker of Health,” a new Scientific Statement from the American Heart Association, published today in the Association’s flagship journal Circulation.

CRF, also referred to as aerobic fitness, refers to the body’s ability to supply oxygen to muscles during physical activity. Children with healthy CRF are more likely to live longer and be healthier as adults. Children with low or unhealthy CRF at higher risk for developing premature heart disease, type 2 diabetes (T2D) and high blood pressure at younger ages, and they are at increased risk for premature death from heart disease and stroke as adults. Children with obesity are the most likely to have poor CRF.

In addition, studies have linked better CRF in children with improved academic achievement, clearer thinking, better mental health and a higher sense of self-worth and life satisfaction, according to studies cited in the statement. Since the 1980s, studies have demonstrated a downward trend for CRF among youth both in the U.S. and internationally.

“CRF is a single measure that shows how strong the heart, lungs and blood circulation are in children. Whereas measuring body weight, blood pressure, cholesterol and blood sugar levels tell us about each of these individual risk factors, measuring CRF provides a comprehensive assessment of a child’s overall health,” said Geetha Raghuveer, M.D., M.P.H., FAHA, chair of the writing committee for the new scientific statement, a cardiologist at Children’s Mercy Hospital and professor of pediatrics at the University of Missouri, both in Kansas City, Missouri.

According to the statement, one of the biggest contributors to low CRF in children is the decline in physical activity among young people. Children play fewer physically active games and are exercising less.

Children are also more sedentary than they were in the past, although it is not clear if the sedentary time itself or the resultant lack of physical activity is correlated with lower CRF in young people. Studies (conducted prior to the COVID-19 pandemic) show that children are spending more time using their electronic devices for recreation and entertainment in addition to education needs – sedentary activities have replaced physical activity. However, a recent meta-analysis that combines the results of multiple studies found that increased sedentary time was correlated with lower levels of CRF in children, yet not among teens.

CRF in youth can be improved by spending more time doing repeated bursts of vigorous physical activity otherwise called high-intensity interval training, such as regular sprint running sessions coupled with periods of rest or low-intensity exercise. Sports that include periods of vigorous physical activity such as basketball, soccer, tennis, swimming among others should be encouraged.

“Cardiorespiratory fitness is crucial for good heart and overall health both in childhood and as children become adults,” said Raghuveer. “We’ve got to get kids moving and engaged in regular physical activity, such as in any sports they enjoy. The best activity is the activity a child or teen likes and that is sustained for a longer period. The habits they learn when they’re young will directly benefit their health as they become adults,” said Raghuveer.

However, there are many challenges for parents who may want to help children be more physically active. Social determinants of health, such as socioeconomic status and neighborhood characteristics, greatly affect children’s CRF. Studies cited in the statement have found that lower-income families tend to have children with lower or unhealthy CRF, possibly because they do not have access to safe places to exercise, play sports and be physically active. In many communities, physical education is not provided in schools, and outdoor recess opportunities have been reduced or eliminated.

In addition, many lower-income families live in food deserts, making it difficult to find or afford healthy foods, factors which contribute to obesity in young people and adults.

“Every child would benefit from CRF testing as part of a yearly physical and doing so may identify children who would benefit from lifestyle interventions that can help improve health,” said Raghuveer. Currently, CRF is not routinely measured by health care professionals, except in children with specific conditions such as congenital heart disease, asthma or cystic fibrosis. There are a wide variety of tests and protocols that can be used to measure CRF, some of which can be administered in a pediatric health care  office.

The most accurate measure of CRF in children is the cardiopulmonary exercise test, which is conducted while a participant is exercising to exhaustion, typically on a treadmill or cycle ergometer (specially adapted stationary bike).

Patient questionnaires to assess the level of physical activity for a child or teen tend to be unreliable and not effective for measuring CRF because they are self-reported and do not include testing.

Although the CRF tests noted above can be implemented in a pediatric health care office, many professionals don’t have enough time, space or personnel to administer the tests.

In many cases, schools provide a great avenue for CRF testing, because they widely administer the 20-meter Shuttle Run, which is an effective measure of CRF and is the most widely used CRF test in the world. During this test, a student runs between lines set 20 meters apart until a facilitator sounds a “beep.” The intervals between beeps accelerate towards the end of the test, and the student must run faster. Students are scored on the number of laps run.

Many schools also measure body mass index (BMI), weight, abdominal strength, upper-body strength and flexibility through a group of tests called Fitness Gram, which is administered in all 50 states.

The other field-based test is a run test where the participant is given a set distance or a maximum duration time and instructed to complete the test in the shortest amount of time or the greatest distance as possible during that time.

“Our hope is that this statement will also inspire research into finding valid, lower-cost alternative options for traditional cardiopulmonary exercise testing to assess CRF in children, and improved CRF tests that can be done in an office with limited space and without the need for formally trained exercise physiology personnel.”

“In the meantime, requiring physical activity for every grade level through high school would be a step in the right direction,” said Raghuveer.

The statement was written on behalf of the American Heart Association’s Atherosclerosis, Hypertension and Obesity in the Young Committee of the Council on Lifelong Congenital Heart Disease and Heart Health in  the Young.

The Association receives funding primarily from individuals. Foundations and corporations (including pharmaceutical, device manufacturers and other companies) also make donations and fund specific Association programs and events. The Association has strict policies to prevent these relationships from influencing the science content. Revenues from pharmaceutical and device corporations and health insurance providers are available at https://www.heart.org/en/about-us/aha-financial-information.

The American Heart Association is a leading force for a world of longer, healthier lives. With nearly a century of lifesaving work, the Dallas-based association is dedicated to ensuring equitable health for all. We are a trustworthy source empowering people to improve their heart health, brain health and well-being. We collaborate with numerous organizations and millions of volunteers to fund innovative research, advocate for stronger public health policies, and share lifesaving resources and information. Connect with us on heart.org, Facebook, Twitter or by calling 1-800-AHA-USA1.