The Only 5 Exercises You'll Ever Need 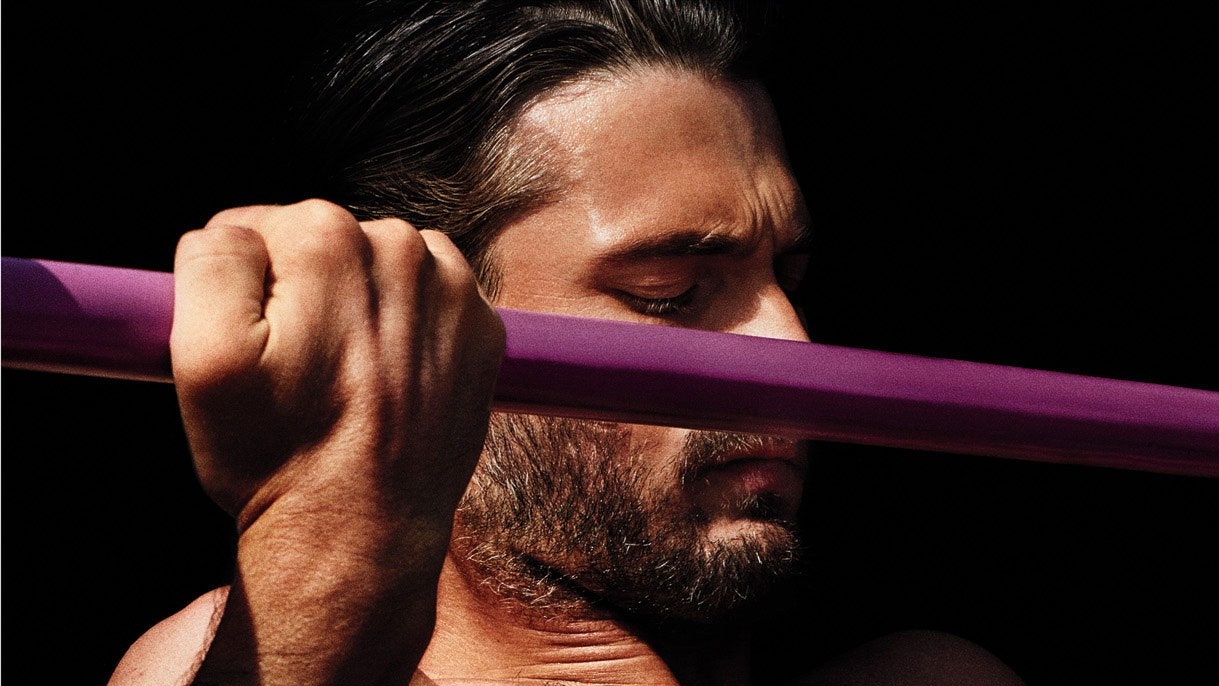 It sounds like a bad infomercial: Get ripped in less time! We're conditioned to believe that jaw-dropping, body-transforming results are achieved only by putting in the hours. But if you've been adhering to the muscle-isolating back-and-bi, chest-and-tri gospel, the truth is, you're doing it wrong.

"Your brain doesn't think in single 'muscles,' it thinks in terms of movement patterns," says Pat Davidson, Ph.D., director of training methodology at Peak Performance, a private fitness studio in New York City. "Human evolution led to five basic movements, which encompass nearly all of our everyday motions." Meaning your workout needs just five exercises, one from each of these categories: push (pressing away from you), pull (tugging toward you), hip-hinge (bending from the middle), squat (flexing at the knee), and plank (stabilizing your core).

It's the approach Davidson takes when drawing up the regimens of Peak's celebrity clients, including Gerard Butler, 50 Cent, and Jimmy Fallon. The time-crunched love it because it's an efficient and effective workout—more taxing on the muscles, leading to increased strength and a faster metabolism. Plus, you're not lost when your trainer isn't around. "If you know the basics, it's incredibly simple to build your own workout," Davidson says.

Still—like martinis and porn—there can be too much of a good thing. "It's stressful to the entire body," says Jason Hartman, trainer to many U.S. Olympic bobsled and skeleton athletes and the U.S. Army Special Forces. "That means that if you overdo them, you'll just beat yourself up. Do this style of workout no more than three or four times a week." Mix and match the moves at right and feel okay about taking the less-time-consuming way out.

Pick one move from each of these categories. Then do 2 sets of 12 reps. Change up the moves but repeat the plan 3 or 4 times a week. For cardio extra credit, see the add-ons below.

The Ultimate: Deadlift Set a heavy barbell on the floor in front of you. Push hips back as you bend forward, grabbing the bar with hands more than shoulder-width apart, palms facing body. Keep back straight as you stand up, lifting the bar and thrusting hips forward. Slowly lower bar to start. The Alternates: Kettlebell swing, Romanian deadlift, trap-bar deadlift

The Ultimate: Split Squat Stand on your right leg, left foot resting on a bench or box behind you, and hold a heavy dumbbell in each hand. Bend right knee, lowering body until left knee hovers just above the ground. Straighten right leg, returning to start. Complete all the reps on one side before switching legs. The Alternates: Barbell squat, lunge, goblet squat, reverse lunge

To check off cardio, too (and send your metabolism into even higher gear), add one of these five-minute bursts to your five-move session, suggests Davidson. "Make it the worst five minutes of your life," he says. The results: less fat, more definition.

Load a barbell with a weight that's about 70 percent of what you can lift one time, then choose one of the five movements and perform as many reps as you can—without breaking form.

On a rowing machine, row as many meters as possible in 5 minutes. With each workout, attempt to increase that distance by one percent.

Set a treadmill to a slight incline, about 3 percent. Run as fast as you can for 30 seconds, aiming for 10 miles per hour. Jog for 30 seconds at 5 mph. Repeat for 5 minutes.