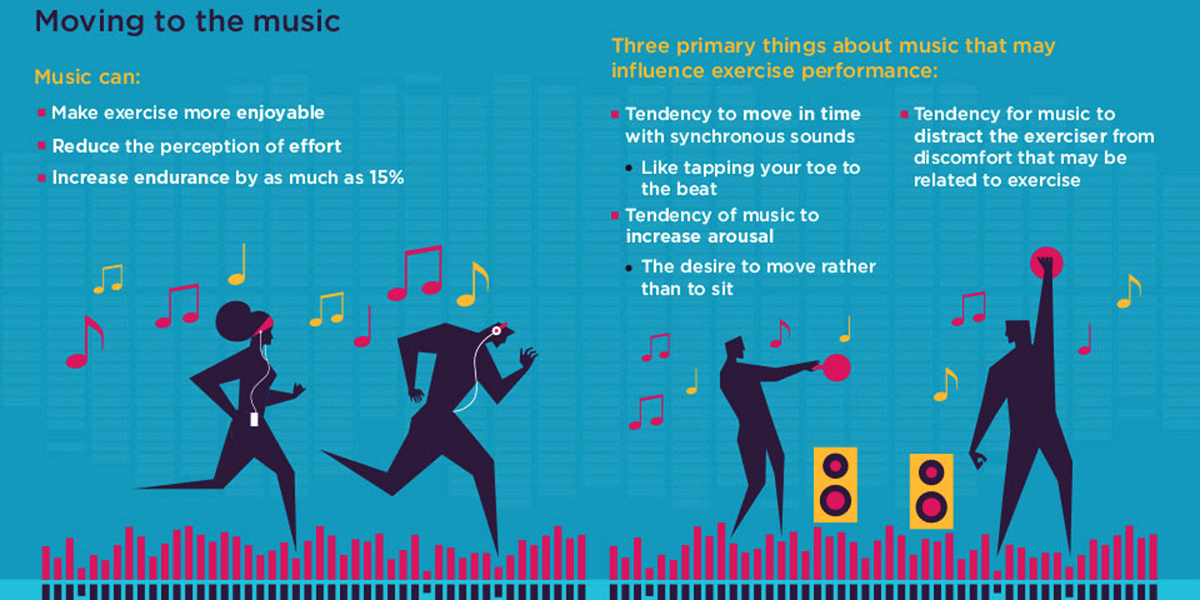 Research reveals that participants who listened to music at a higher tempo while exercising had a lesser perceived effort associated with exercise and the benefits of exercise were increased. The results were more pronounced for endurance exercises like walking, compared to high-intensity exercises like weightlifting. The study results could help individuals in increasing and improving exercise routines.

A lot of individuals listen to music when they are exercising and prior research has reported some of the benefits. An example would be that music can draw attention away from discomfort and fatigue and increase exercise participation. However, “how” music is experienced is extremely subjective, with personal preferences and cultural factors having an influence on its effects on people. Music is complex with a variety of aspects like melody, lyrics and rhythm contributing to the experience.

It has not been previously understood how music’s specific properties affect us while exercising, including which kinds of music would be most suitable for enhancing specific kinds of exercise. The understanding of these specifics can help in unlocking music’s full potential as an exercise enhancer. The study authors investigated the impact of a piece of music’s tempo on female participants engaging in an endurance exercise such treadmill walking, or a high-intensity exercise such as making use of a leg press.

The participants carried out their exercises in silence, or they listened to pop music at various tempos. Various parameters were recorded, which included the volunteers’ opinions concerning the effort needed in completing the exercise sessions and their heart rate when they were exercising, because a higher heart rate indicates that exercise was more helpful for physical fitness. It was discovered that listening to high-tempo music when exercising contributed not only to the highest heart rate, but also to the lowest perceived exertion in comparison to not listening to music, meaning that although the physical activity seemed like less effort, more benefits in terms of physical fitness enhancement were achieved.

These benefits were more apparent in participants who completed the endurance exercises, in comparison to individuals performing the high-intensity exercise sessions, suggesting that individuals engaging in endurance activities like running or walking can get the most benefit from listening to high-tempo music. These results could provide an easy method for improving physical activity levels. This study involved a small number of participants and bigger studies will be required for continuing to explore the intricacies of how music impacts training. The effect that music tempo has on exercise was investigated in this study, but more effects can be studied in the future, such as the effect that other music features like genre, melody, or lyrics, have on endurance as well as high intensity exercise.

Want to use our images on your site? Right click on image for embed code