The Mediterranean Diet: Not as Healthy as They Say? 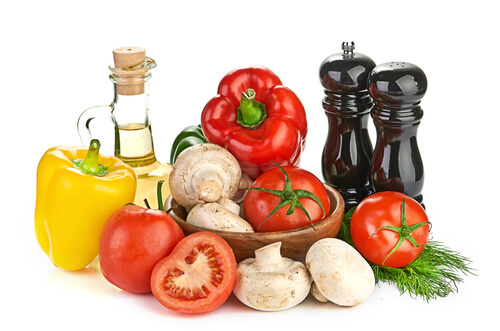 May is Mediterranean Diet Month and, as I’m sure you’re aware, the Mediterranean-style diet is widely hailed as one of the healthiest diet patterns you can choose—despite the fact that you end up eating almost half your calories in the form of fat. (Our own government still recommends that we limit fat to 20-35% of calories.)

But the research just keeps pouring out—the Mediterranean diet reduces your risk of heart disease, cancer, diabetes, and Alzheimer’s. It slows aging, boosts weight loss, protects memory, and even enhances academic performance in kids. (See below for a few of the most recent papers.)

Yet, in the best-selling book, The Big Fat Surprise, journalist Nina Teicholz argues that the Mediterranean diet is overrated and based on shabby science. Is our current infatuation with olive oil and red wine based on a hoax? Are all the studies bogus?

Teicholz and her publishers went out of their way to position The Big Fat Surprise as a hugely controversial book, one that would stand the conventional dietary wisdom on its head. But her central argument—that dietary fats (and saturated fat, in particular) are not the enemies they were once made out to be—is just not that controversial. The book is exhaustively researched and impressively well-documented, but I’m afraid that by the time it was published, no one really needed convincing anymore. Most of the nutrition world had already come to the same conclusion.

See also: Is the Link Between Cholesterol and Heart Disease Bogus?

Now, I have to admit: I do have a dog in this fight. Although I firmly believe that there are many ways to build a healthy diet and that no one solution is right for everyone, the Mediterranean Diet is my personal preference. I like the cuisine, it’s a good fit with my lifestyle and the way I like to cook, and I find it satisfying and sustainable.

See also: How to Create Your Own Best Diet

So, it was not without trepidation that I decided to look into these charges further. Would my favorite way to eat healthy turn out to be not so healthy after all?