What to Do When Stress Sends Healthy Eating Down the Drain 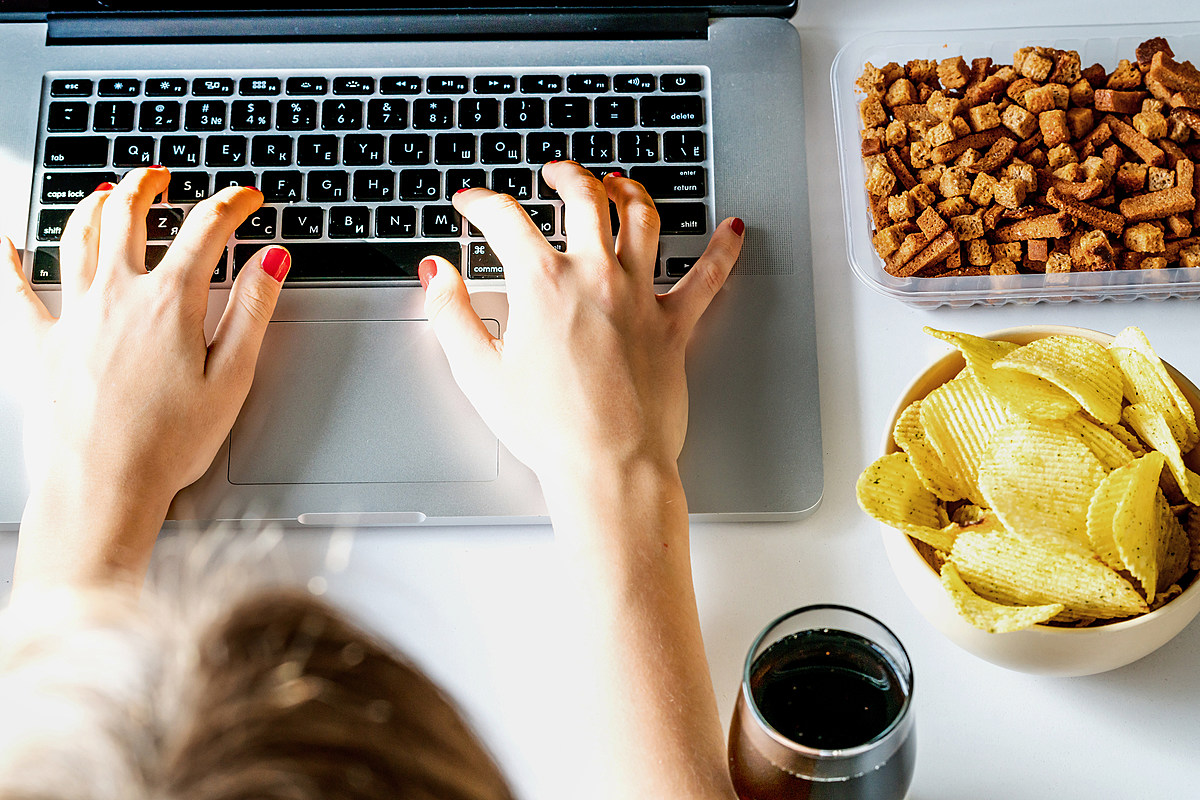 Everybody’s routines have been disrupted as a result of the pandemic, including your eating habits. While you might be staying true to your plant-based approach, vegan junk food might be creeping into your diet, as you find yourself reaching into the pantry, just because.

If  you're prone to stress eating or emotional eating, coronavirus lockdowns can make your brain want to eat to soothe the anxiety. “Everybody’s susceptible because the circuits in the brain that prioritize highly calorie, high-reward value foods are wired into all of us,” says Susan Peirce Thompson, Ph.D., founder, and CEO of Bright Line Eating.

When you’re stressed the hormone cortisol rises in your body. Your brain has four chemicals it uses to counter that cortisol attack: Dopamine, serotonin, oxytocin and endorphin. The one it calls up first? Dopamine.

Dopamine is the neurotransmitter that causes you to desire and search for a reward, food being one of the most common. “Unhealthy processed foods provide a ridiculous amount of dopamine,” Thompson says. That’s why you might find you’ve suddenly devoured a bag of vegan potato chips or a sleeve of Oreos.

Everybody experiences this, especially when stress levels are running higher than normal, and while “a little emotional eating never hurt anybody,” Thompson says, if it gets out of control you can end up gaining weight and feeling out of control.

Here's how to get your eating back on track. Thompson shares her creative strategies for other ways to prompt the brain to release dopamine. Try these seven tips to shortcircuit the stress eating today.

Are you highly susceptible to food cravings or just mildly so? Knowing this can go a long way in helping you understand how you’re responding to food during this time. To that end, Thompson has developed a susceptibility quiz that gives you a score between one and 10, one being low and 10 being high. Thompson says one-third of individuals aren’t susceptible, another third are moderately susceptible and the remaining third are profoundly susceptible.

While the pandemic is making it nearly impossible for people who are profoundly susceptible to manage their food cravings and addictions, even people on the low end can suffer. “Healthy habits you’ve relied on may not work anymore,” Thompson says. “Your brain is facing a bigger threat all the time these days, and it now needs more relief.” Take the quiz for free here: https://brightlineeating.com/2015/09/the-susceptibility-quiz/ Once you’ve taken the quiz, you’ll receive an email from Thompson to help interpret your findings.

If a food is out of sight, it’s generally out of mind. Of course, that doesn’t mean these foods won’t still land in your grocery cart, which is why Thompson recommends listing the foods that are problematic for you and forming an alliance with other members in your house. Commit to each other that you won’t bring these foods into the house. Then while grocery shopping, text them when you arrive and when you leave, noting if you’ve succeeded at not putting the trouble items in your cart. If you succeed at this goal and get a high-five from your pact members, your brain will send you that cocktail of feel-good hormones, dopamine included. “Your brain will get a calming effect from this game, and you’ll get the dopamine fix from this game, not the junk food,” Thompson says.

Support is key for keeping you on track, and with stress high right now, “your support bar needs to be higher than your stress bar,” Thompson says. By talking with a friend, your brain will release serotonin and oxytocin.

Make a calendar and on it, write realistic food rules. For instance, if chips and vegan onion dip are a food trigger, make a rule not to eat them. Or if you’re trying to eat more fruit, set a daily quota. Ask two to four people to join you. Each day that you follow those rules, make an X on that day and text it to the other players. Feel like you’re about to fall off the wagon? Text those friends to get support. And if you didn’t make your goal one day, don’t beat yourself up. Put a heart versus an X on that day, get back on track and give yourself two Xs for meeting your goal the next day.

Baking or cooking more comfort foods? Enjoy them but work to make them as healthy as possible, says Sharon Palmer, M.S.F.S., R.D.N., a plant-powered dietitian in Los Angeles.. For instance, make whole-grain bars, bread or cinnamon rolls with less sugar. And for comfort foods like veggie pot pie, chili or pasta, include lots of veggies in them.

Turning daily habits into a game will help release dopamine, Thompson says. One example? Track your steps and set goals to accumulate a certain number of steps a day. Bonus if you can walk with a friend (while maintaining physical distance), which will give you a rush of all four chemicals and hopefully, make food less of a draw.

If you’ve just succumbed to an eating episode, do some self-inspection and ask questions like: What was going at this time that made you want to eat? Had you just gotten mad at your kids or your partner? Were you sad about what was going on in the world? “Never let a good crisis go to waste,” Thompson says. “Understand the lesson from it and work on piercing that perfectionist bubble.”