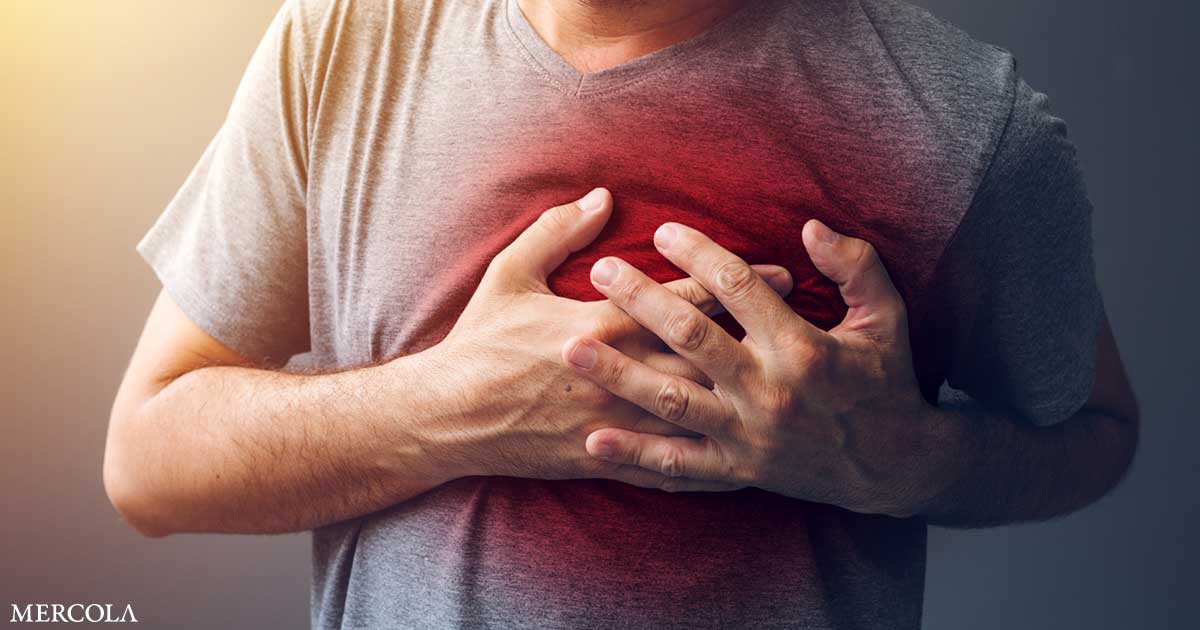 Research continues to pour in that exercise is crucial not only for disease prevention but also for significantly improving your prognosis if disease does occur. In the case of stroke, which is responsible for 1 out of every 20 deaths in the U.S., exercise appears to be an even more important factor in outcomes than body fat.

Two-thirds of Americans have at least one of the leading risk factors for stroke, including being a smoker or having high blood pressure.

And while every year 185,000 Americans suffer from a second (or greater) stroke, 610,000 people have a stroke for the first time, according to data from the U.S. Centers for Disease Control and Prevention (CDC).

While they're most common in older adults, strokes can and do occur at any age, often without warning. They're also a leading cause of serious long-term disability, with more than half of stroke victims suffering from reduced mobility as a result.

Getting active now may be one of the best and most straightforward ways to slash your risk of this serious condition and protect your ability to function if stroke occurs.

In a study of more than 18,000 adults aged 50 years and older, exercise proved to be a powerful indicator of function following a stroke. Less-active participants who suffered a stroke were 18 percent less likely to be able to perform basic self-care, such as bathing and eating, following a stroke.

They were also 16 percent less likely to be able to carry out complex activities like grocery shopping or money management three years after their strokes. Those who exercised vigorously at least three times a week were able to function better and more independently both before and after a stroke.

It's not the first time such a connection has been made. In 2008, a study published in Neurology similarly found that people who are physically active before a stroke have less severe problems and recover better compared to those who didn't exercise prior to their stroke.

Further, in 2012 Canadian researchers found that stroke patients who exercised were able to improve problems with their memory, thinking, language and judgment by close to 50 percent in just six months.

Notable improvements in attention, concentration, planning and organizing, as well as benefits to muscle strength and walking, were seen among stroke patients who exercised.

Body mass index (BMI), a measure of body fat based on height and weight did not have an association with the ability to function independently before or after a stroke. This may be because BMI is a flawed measurement tool that uses weight as a measure of risk, when it is actually a high percentage of body fat that increases your disease risk.

Your weight varies according to the density of your bone structure, for instance, so a big-boned person may weigh more, but that certainly doesn't mean they have more body fat or make them more prone to a stroke, for example.

Athletes and out-of-shape people can also have similar BMI scores, or a very muscular person could be classified as "obese" using BMI, when in reality it is mostly lean muscle accounting for their higher-than-average weight.

BMI also tells you nothing about where fat is located in your body, which can be an important distinction in disease risk. So, it's possible that the researchers may have gotten a different result had they used a better measure of body fat, such as body fat calipers.

Nonetheless, lead study author Pamela Rist, an associate epidemiologist at Brigham and Women's Hospital in Boston, told Time, "If people were obese or overweight, it didn't really tell us much about how they'd do after a stroke."

In addition to helping you retain your independence after a stroke, exercise can also help prevent a stroke from occurring in the first place. If you're inactive, you have a 20 percent higher risk for having a stroke or mini-stroke (transient ischemic attack) than people who exercise enough to break a sweat at least four times a week.

In women, walking for at least three hours a week was also linked to a lower stroke risk, while in 2009, another Neurology study found that vigorous exercise reduces stroke risk in men, as well as helping them recover from a stroke better and faster.

Researchers concluded, "Engaging in moderate to heavy physical activities may be an important component of primary prevention strategies aimed at reducing stroke risk" — and I couldn't agree more. In fact, the American Stroke Association states that 80 percent of all strokes can be prevented by leading a healthy lifestyle — exercise included.

The most common type of stroke is called ischemic stroke, which results from an obstruction in a blood vessel supplying blood to your brain.

This can cause brain damage that leads to many cognitive challenges, including dementia, memory problems, difficulty expressing yourself when speaking, and trouble with reading and writing, as well as understanding speech.

In 2017, a review of 13 clinical trials also found exercise benefited stroke patients' cognition. Those who exercised after a stroke — even for four to 12 weeks — showed greater improvements in certain mental abilities, including attention and processing speed, than non-exercisers.

It's not surprising, since exercise is known to improve brain health in a number of ways. Exercise stimulates the production of a protein called FNDC5, which in turn triggers the production of Brain Derived Neurotrophic Factor (BDNF).

In your brain, BDNF not only preserves existing brain cells, it also activates brain stem cells to convert into new neurons and effectively makes your brain grow larger.

Exercise also lowers inflammation, another benefit to brain health. As for what type of exercise is best, anything that "gets your heart rate up and makes you sweat" was noted as fair game, although strength training, balance and stretching exercises were also mentioned.

I'd also suggest adding in high-intensity interval training (HIIT). Also noteworthy was that cognitive benefits were gleaned even when the exercise was started months, and in some cases years, following a stroke.

Getting back to the topic of exercise versus body fat in your overall health, it's not only your risk of stroke that may be influenced more so by the former than the latter. Data suggests at least twice as many deaths occur due to a lack of exercise than due to obesity.

Some experts even believe that increasing exercise is more important than reducing obesity in terms of public health. The greatest gains are often seen among people who go from being sedentary to physically active, although benefits also increase with exercise frequency and intensity (to a point, of course, as overdoing it will backfire).

Exercise lowers your risk of chronic diseases so much that researchers have described it as "the best preventive drug" for many common ailments, from psychiatric disorders to heart disease, diabetes and cancer. So, while maintaining a healthy body weight is important, your primary focus should be on living a healthy active lifestyle (once you start doing this, weight loss typically follows).

A separate study also found that, compared to those who exercised daily and often vigorously, sedentary people had a six times greater risk of dying from heart disease over the course of 15 years. Heart disease shares many of the same risk factors of stroke, which is another great thing about exercise — it reduces your risk of multiple diseases at once.

It should be noted that non-exercise movement is equally if not more important than exercise. Evidence shows that inactivity or lack of movement, such as prolonged sitting, actively promotes dozens of chronic diseases, and these risks apply even if you're very fit or exercise regularly.

Ideally, strive for near-continuous movement throughout the day, including standing or moving rather than sitting. Try to sit for less than three hours a day, and make it a point to walk more. A stand-up desk is a great option toward this end. But even then you should move, not just stand, as lack of movement, not just sitting, is the primary catalyst for metabolic dysfunction.

A fitness tracker can be used to ensure you're getting the recommended 7,000 to 10,000 steps per day, but that doesn't mean you stop at 10,000 steps. When you have time you can go for walks twice as long as well as fit in other forms of movement, like gardening, taking the stairs and various body-weight exercises.

Exercise aside, other factors also contribute to a reduced risk of stroke. Follow my nutrition plan for a healthy diet while also being aware of the importance of:

1.Sunshine — Sunlight causes your skin to produce nitric oxide, a critical compound for optimizing your blood pressure, which reduces your risk for both heart attack and stroke. Nitric oxide enhances blood flow, promotes blood vessel elasticity, and functions as a signaling molecule in your brain and immune system. And, of course, exposing your skin to the sun also helps optimize your vitamin D level, a deficiency of which has also been linked to stroke. 2.Grounding — Walking barefoot on the Earth, aka "earthing" or "grounding," has a potent antioxidant effect that helps alleviate inflammation throughout your body. It also makes your blood less prone to hypercoagulation — so, less apt to clot, which reduces your stroke risk. There is a constant flow of energy between our bodies and the Earth. When you put your feet on the ground, you absorb large amounts of negative electrons through the soles of your feet, which reduces the tendency of your blood cells to clump together. Technically, grounding increases the zeta potential of your red blood cells, causing them to repel each other and become less sticky, very similar to a natural anticoagulant. Research has demonstrated that it takes about 80 minutes for the free electrons from the earth to reach your blood stream and transform your blood, so make it a point to regularly walk barefoot on grass or on wet sand for about 90 minutes to two hours, if possible. 3.Fiber — If you eat more fiber, you will reduce your chances of a stroke, according to a report in the journal Stroke. For every 7 grams more fiber you consume daily, your stroke risk is decreased by 7 percent, according to this study. Vegetables are among the best sources of fiber, although seeds (especially chia, psyllium, sunflower and organic flax) are also good.

There are emergency medications that can dissolve a blood clot that is blocking blood flow to your brain. If done quickly enough, emergency medicine can prevent or reverse permanent neurological damage — but you typically need treatment within one hour. This means if you or someone you love suffers a stroke, getting medical help quickly can mean the difference between life and death or permanent disability.

The faster you recognize the warning signs, the better the prognosis, so take a few seconds to read through the signs and symptoms that follow. The National Stroke Association recommends using the FAST acronym to help remember the warning signs of stroke so you can take action quickly if necessary: