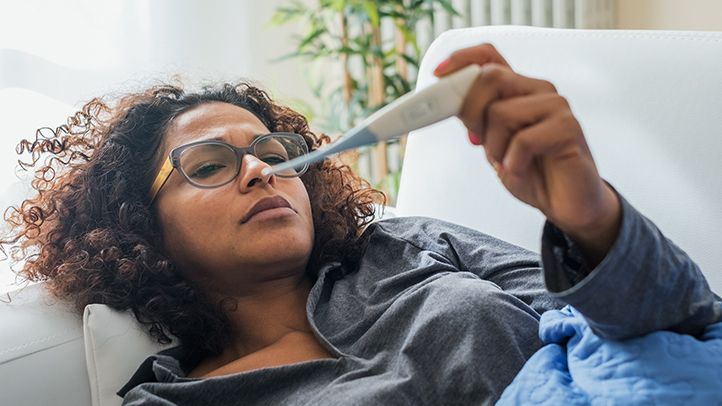 Healthy Living
11 Fascinating Facts About Body Temperature
Think you know the average 'normal' body temperature? The temperature at which you spike a fever? This temp trivia may surprise you.
By
Medically Reviewed by  Justin Laube, MD
Last Updated:
April 13, 2020
Your body temperature is always adapting to your environment, and what's "normal" for you may not be what's normal for someone else.
iStock
Your body temperature can reveal a lot about your health. Body temperature is one of four key vital signs doctors look at, according to Johns Hopkins Medicine .  An infection can cause a fever, but your body temperature also fluctuates according to your age, your sex, and even when you tell a lie. Learn more about normal body temperature, fevers, and other factors that affect body heat.
272
What Is Considered a Normal Body Temperature?
Alexey Smolyanyy/Shutterstock
The average normal body temperature is generally considered to be 98.6 degrees F, according to the  U.S. National Library of Medicine . But "normal" body temperature can range from 97 degrees F to 99 degrees F, and what’s normal for you may be a little higher or lower than the average body temperature.
Your body is always  adapting its temperature in response to environmental conditions . For example, your body temperature increases when you  exercise . And if you check your temperature with a thermometer, you will see that it’s higher in the late afternoon and evening than first thing in the morning when you rise, according to the  Mayo Clinic .
Babies and young children have a higher body temperature than older kids and adults, because the surface area of their bodies is larger relative to their weight, and their metabolism is more active. Newborns typically have an average body temperature of 99.5 degrees F.
273
Older Is Colder When It Comes to Body Temperature
Gulcin Ragiboglu/iStock
If it seems like you're always cold, even during the dog days of summer, it could be your age. Studies show that as we age, our average body temperature declines slightly. A study published in the Journal of Clinical Nursing that measured the body temperature of 133 nursing home residents found that body temperature was below average in those 65 to 74 years old; even lower in people 75 to 84; and lowest among those older than 85, some of whom had a low body temperature of 93.5 degrees F under normal circumstances. This is important to know, because seniors may actually be running a fever at lower temperatures than younger adults.
277
Men and Women Have Different Body Temperatures
iStock
There really might be something to the saying “cold hands, warm heart.” In a study published in the Lancet , researchers at the University of Utah in Salt Lake City found that women’s core body temperature is, on average, 0.4 degrees higher than men’s (97.8 vs. 97.4). But women’s hands are 2.8 degrees F colder than men's on average — 87.2 degrees F, compared with 90 degrees F for men.
278
A Hat May Not Be Enough to Help You Retain Body Heat
Trisha Jivan/Getty Images
Remember your mom telling you to wear a hat when it's cold outside, because most body heat is lost through your head? It turns out that her advice may not have been completely spot-on, according to an article published in the medical journal BMJ . Studies have shown that there is nothing unique about your head when it comes to heat loss — any part of your body that is not covered loses heat and will reduce your core body temperature proportionally.
279
Telling a Lie Can Cause Your Temperature to Change
iStock
Fibbing won't cause your nose to grow, but it will make it colder. Despite this discrepancy with the old children's story, researchers at the University of Grenada in Spain dubbed their findings the "Pinocchio effect." In a study published in April 2018 in the Journal of Investigative Psychology and Offender Profiling , they used thermal imaging to demonstrate that the  anxiety  brought on by a lie causes the temperature of the nose to decrease and the areas around the forehead to increase.
280
Red Pepper Can Cause Higher Core Body Temperature
iStock
Like your food spicy? It may raise your body temperature — and your metabolism. A study published in Physiology and Behavior had participants add about 1 gram of red pepper to their food. Their core body temperature rose, but their skin temperature was lower. Study authors theorize that this increased heat production along with decreased sensations of appetite demonstrates a potential benefit of consuming red pepper for those who are trying to manage their weight, especially for people who don’t usually eat spicy foods.
281
A Cold Heart Can Protect Your Brain
Getty Images
Therapeutic hypothermia is a type of treatment sometimes used for people who have cardiac arrest (when the heart suddenly stops beating), according to Johns Hopkins Medicine . Once the heart starts beating again, healthcare providers use cooling devices to lower the patient’s body temperature to around 89 to 93 degrees F. Lowering the body temperature right after cardiac arrest can reduce damage to the brain, and raises the chances that the person will recover.
282