When to Worry About Anxiety 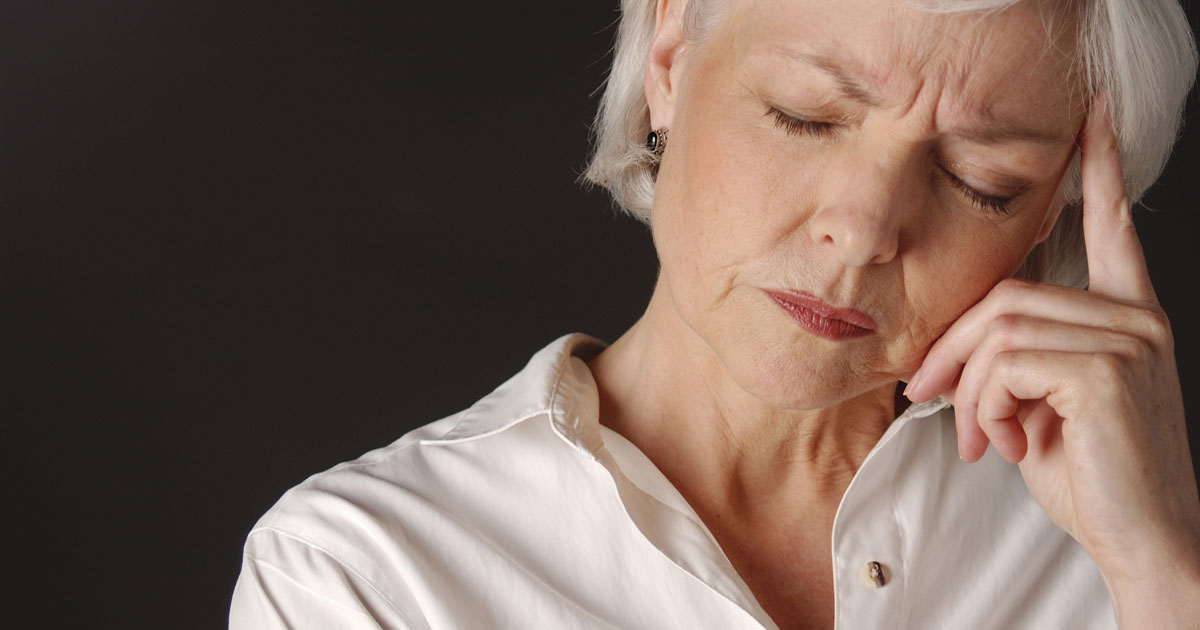 From back pain to sleepless nights, stress can take a toll on your body. These eight signs may mean stress...

Heading to an intense job interview or giving an important presentation is enough to kick anyone's nerves into high gear. But when anxiety festers and becomes something dark and all-consuming, there's a problem.

"Anxiety disorders refer to anxiety that is pervasive," says Mark Pollack, MD, a psychiatrist who specializes in anxiety at Rush University Medical Center.

"It is not just a temporary state that passes quickly. It causes a lot of distress and interferes with people's daily lives, such as their ability to work and interact with family and friends."

Anxiety disorders are the most common mental illness in the U.S., affecting 40 million adults, according to the Anxiety and Depression Association of America.

Here, Pollack offers an inside look at anxiety and how to overcome it.

If anxiety is causing marked distress and making a difference in the way you are living your life, there is a problem.

You should seek treatment if your anxiety is causing you to be significantly uncomfortable for days, weeks or months; preventing you from doing things you want to do; creating problems with family and friends; or interfering with your job performance.

The hallmark of an anxiety disorder is marked anxiety that is out of proportion to what’s triggering it. If you're anxious because you have a job interview or a test coming up, that is understandable.

But when anxiety is more intense and more persistent than is warranted by what is going on; is causing significant distress; or is interfering with your ability to live your life, that's a problem that warrants further evaluation and consideration for treatment.

There are also physical symptoms of anxiety, such as a rapid heartbeat, shortness of breath, lightheadedness, upset stomach and irritable bowel syndrome, and neurological symptoms like numbness, tingling and light-headedness.

There is a connection between the centers in the brain that are controlling anxiety and fear and different physical parts of the body.

Often people worry about the worst possible thing that could happen in a situation. But if you think back to a time when you worried about something you’ll often realize that you are imagining a much greater catastrophe than your experiences point to.

In coping with anxiety, it helps to reduce stress. For instance, exercise can be a powerful way to reduce anxiety and stress, as well as improve your mood.

Rush also offers a mindfulness-based stress reduction program, which gives people concrete tools for reducing their overall level of stress. This can be an effective treatment for anxiety, reducing distress and improving function for some people who have a tendency for anxiety from moving into a full anxiety disorder.

Although we're all wired to have some degree of anxiety and fear, these systems can go awry. When they do, signs tend to show up pretty early in life, as early as a few months of age.

Jerome Kagan, a famous researcher from Harvard, studied children for many years and found that there was a subset of kids who showed a marked tendency toward, what he called, behavioral inhibition to the unfamiliar (BI), from a few months of age.

When he hung a strange toy or mobile in a crib, most children would explore it, but the BI kids became clearly frightened and anxious and cried until it was taken away. So he found that that tendency toward anxiety seems to be, in part, hardwired.

People are often born with a predisposition to anxiety. Anxiety tends to run in families, so children whose parents have anxiety difficulties are at an increased risk.

If your child is afraid to go to school or gets frightened by particular situations, your natural desire as a parent is to comfort your child. However, repeatedly encouraging or supporting their tendency to avoid situations that make them anxious may cause patterns of avoidance to become engrained and, ultimately, dysfunctional as they get older.

We encourage parents to comfort and support their kids, but also to gently push them back out there to face and overcome their feared situations.

There are two basic treatments: medications and psychotherapy ("talk" therapies). We often treat people with both.

Selective serotonin reuptake inhibitors raise serotonin levels and are effective. They are pretty well tolerated, though they may cause upset stomach and sexual difficulties. They take about two to eight weeks to start being effective.

Benzodiazepines work quickly to treat anxiety and are used regularly or on an as-needed basis. They are pretty well tolerated too, but they can cause drowsiness and other side effects.

Cognitive behavioral therapy is a specific kind of psychotherapy that focuses on changing people's thoughts and behaviors and has demonstrated effectiveness for treating anxiety. Teaching people to learn to accept their feelings has a way of actually diminishing anxiety.

Behavior therapy may take a little longer to be effective than medications and it is more work for the patient. But once the patient gets it, the benefits of behavior therapy can last longer. Even after you stop going to sessions, you can use the techniques you've learned to maintain control over your anxiety.

Only about one third of those suffering from anxiety disorders actually receive treatment. But untreated anxiety that persists is associated with an increased risk of cardiovascular disease and other medical illnesses.

Also, people with untreated anxiety are at a higher risk for other psychological symptoms, including depression, alcohol or drug abuse and even increased rates of suicide. But the important thing to know is that anxiety is treatable, and we have effective ways to help you get better.