Achilles’ Heel: Controversies in the Management of Achilles Tendon Ruptures 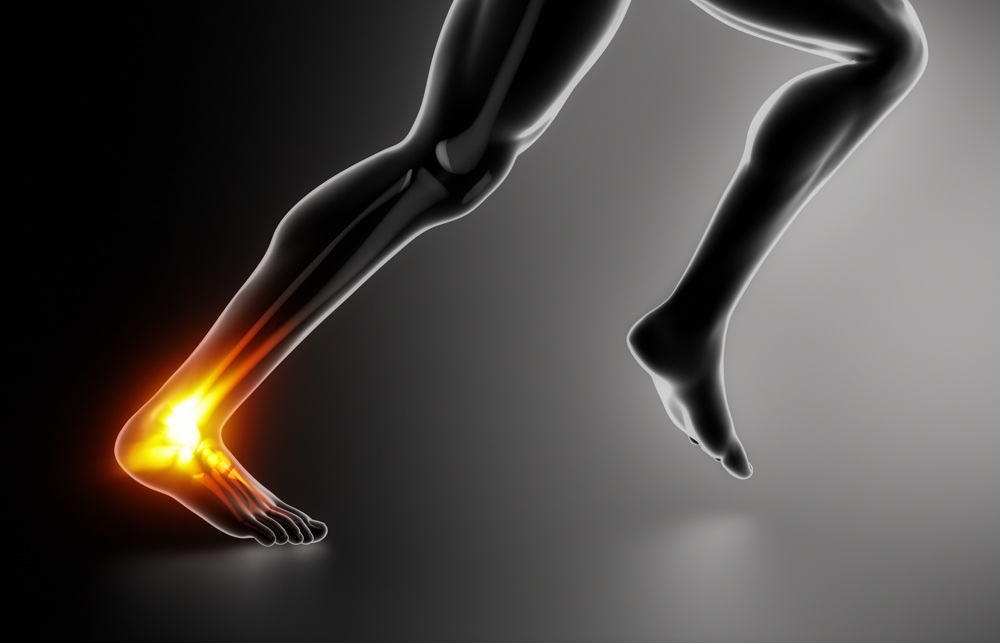 Achilles tendon rupture is a common sports injury in adults, especially in older age or those involved in high-intensity sports (i.e., professional athletes). Several factors must be considered when deciding on the proper course of action for a given individual presenting with this injury. Currently, some of the biggest questions on this topic are:

In terms of primary treatment options, operative treatment of an Achilles tendon rupture involves tendon repair via sutures, which may or may not be done with an augmentation procedure. Non-operative management involves the use of one of many orthotic devices (e.g. plaster cast, brace, boot with wedges, etc.).

Regardless of the choice of primary treatment, a second debate is whether or not the patient should undergo an early or delayed mobilization rehabilitation protocol. There is no single, widely accepted definition for either  “early” or “delayed” mobilization, but, generally speaking, differences between these two forms of rehabilitation are seen with respect to the timing of weightbearing activities or range of motion exercises; the literature seems to suggest that “early” mobilization is the initiation of weightbearing and/or ankle motion within 2 weeks.

Lastly, another major factor to consider relates to the patient - are they a sedentary or athletic individual? An athlete may have different preferences for certain outcomes or weigh the risk-benefit trade-off associated with a particular treatment differently than a sedentary person. This is important to consider given the downstream consequences of this injury in terms of healthcare costs, the ability to return to work or sport (especially in the case of a professional athlete), and associated complications.

We’ll take a look at what the OE Community has to say first and then highlight the findings of some studies conducted on this topic.

To date, we’ve conducted three separate polls on this topic. In the first poll, we asked “if your patient is a professional athlete with an acute Achilles tendon rupture, what would be your preferred treatment option?”. Here are the results:

Next, we asked “alternatively, if your patient is sedentary and obtains an acute Achilles tendon rupture, what would your preferred treatment option be?”:

It appears that the type of patient (i.e., athlete or sedentary) presenting with this injury likely influences treatment decisions, with OE Community members favouring operative repair for an athlete but non-operative management for a sedentary individual.

Then, last week, we asked “following surgical repair of an Achilles tendon rupture in an athlete, would you recommend early mobilization?”. Among 100 respondents, there was a greater preference for early rehabilitation protocols in this case.

The results of some randomized controlled trials (RCTs) examining this research question are summarized below:

In addition to these primary studies, Ochen et al. published a systematic review and meta-analysis in 2019 comparing operative vs. non-operative therapy (https://myorthoevidence.com/AceReports/Report/11229).4 They included a total of 29 studies (10 RCTs and 19 observational studies), and performed additional analyses to account for differences in study designs and early mobilization protocols. The results are summarized below:

Lastly, in terms of surgical approach, there is uncertainty as to whether or not the tendon repair would benefit from augmentation. In a meta-analysis of 4 RCTs by Zhang et al. (2018) (https://myorthoevidence.com/AceReports/Report/10328),5 the authors found no significant differences in patient satisfaction, re-ruptures, infections, or complications between augmented and non-augmented repair.

None of these studies focussed solely on or compared sedentary individuals and athletes.

Some RCTs that have compared early versus delayed mobilization protocols are summarized below:

Lu et al. (2019) (https://myorthoevidence.com/AceReports/Report/12169) evaluated this comparison in a recent meta-analysis,9 accounting for the primary treatment performed (i.e., operative or non-operative) in the included studies when there was sufficient data. There were no significant differences in outcomes, except for time to return to work. The results are provided below:

Again, none of these studies focussed solely on or compared sedentary individuals and athletes.

The evidence on the management of Achilles tendon ruptures requires a thorough assessment, as a straightforward comparison between operative repair and non-operative care can be complicated by variability in rehabilitation protocols across trials and, for this same reason, an accurate evaluation of early versus delayed mobilization may be challenging. Perhaps the next big study on this topic should be a factorial design where patients are randomized to either surgery or non-operative therapy AND to early or delayed mobilization.

Some of study findings summarized above may still provide some useful insights, namely a potentially higher risk of soft-tissue complications and infection, but also, possibly, an earlier return of peak plantar flexion torque, function, and, when trials were pooled, a lower risk of re-rupture with surgery.  Such findings highlight a situation where patients and their providers must weigh the trade-off of choosing one intervention over another. Since none of these studies compared or specifically examined sedentary versus athletic individuals, there may be concerns about the generalizability of these results, but, perhaps, a professional athlete may be willing to accept the risks associated with surgery given its potential benefits. In terms of early versus delayed mobilization, one RCT found significantly more favourable outcomes with early mobilization in terms of quality of life and physical performance measures at earlier visits and a recent meta-analysis showed a significantly earlier return to work; however, another trial suggested that patients may experience more pain early on with early mobilization. If early mobilization does indeed result in earlier improvement, an individual might be willing to accept the potential increase in pain. In addition, there needs to be some degree of standardization across these early rehabilitation protocols, with regards to the initiation of ankle motion and weightbearing, in order to have a clearer view on this issue.

Considering all of the above may explain the results of our recent polls, which demonstrated a greater preference for surgery and early mobilization following surgery in athletes who sustain an acute Achilles tendon rupture, suggesting that athletes and/or their clinicians do indeed favour the potential for an earlier return of their function and physical performance.