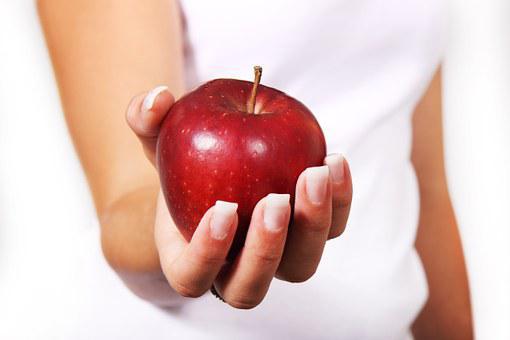 Fact or Fiction? 11 Health Myths Exposed
Article by: Sharon Stephenson Via Now to Love
Carrots give you night vision, drink eight glasses of water a day, swimming after eating will give you cramp.

We've probably all heard these sayings, and may even have repeated them ourselves. But let's be honest, how true are they? Could they simply be old wives' tales, handed down from generation to generation without question, or is there actually some scientific evidence to them?

We've unearthed the truth behind some of the world's most often repeated health and wellness myths.

An apple a day keeps the doctor away
This myth has been around since 1913.
It's true that apples are high in fibre and antioxidants such as quercetin and chlorogneic acid, but scientists say this alone isn't all you need for optimum health, especially if certain viruses or bacteria are determined to have their way with you.
A University of Michigan School of Nursing study from 2008-2010 found that while eating an apple a day didn't keep the doctor away, it did help adults avoid prescription medicine.
So maybe it needs to be amended to read 'an apple a day keeps the pharmacist away'?

Drink eight glasses of water a day
Don't swallow this one.
We can all agree  hydration is important , but the US Centers for Disease Control and Prevention believes the eight glasses a day figure is a bit misleading because it doesn't take into account the hydration we get from other drinks and food.
The rule of thumb, they say, is to forget counting the number of glasses – just drink when you're thirsty and go for water over sugary beverages or soft drinks (you'll also consume fewer calories).

Going outside with wet hair will give you a cold
Wrong. It's a virus, not the cold air, that makes you sick.
So you can go outside with your hair soaking wet and, if you haven't been exposed to the common cold virus, it won't make a blind bit of difference.
"In order to get an infection you need to be exposed to an infectious agent," says Dr Pritish Tosh from the Mayo Clinic.
"Going out with wet hair is not going to cause an infection."

Not so, says orthopaedic surgeon Dr Steven Neufeld .
"Just because you can move your foot, ankle or other body part, or walk on it after an injury, does not mean it isn't broken," explains Dr Neufeld.
"Ligaments, tendons and muscles hold the bones together and a broken bone can still move."
The best advice, he says, is to seek immediate medical intervention.

Carrots give you night vision
Vitamin A is a major nutrient found in carrots, which is good for the health of your eyes, especially those with poor vision.
But, say experts, carrots won't give you superpowers!
This myth is believed to have started during World War II when the British government wanted to throw the enemy off the scent of
new technology that allowed its bomber pilots to attack at night.
But founder of the US Ocular Nutrition Society, Dr Jeff Anshel, says while carrots do contain a vitamin A precursor (beta carotene), the conversion of beta carotene to vitamin A in the body is limited.
"So even if you eat lots of carrots, it still won't help you see better at night."

Put butter on a burn
Most of the damage from a burn actually comes from the skin's inflammatory response to it, according to St John Ambulance Services.
"Butter holds in the heat, which prevents the burn from cooling down and can damage the tissue further, potentially causing scarring," they say.
"Never put fat on a burn – instead, flood the area with cold water for at least 10 minutes to cool the burn and help relieve the pain."


Read the rest of this article here