How Ankle Sprains Mess With The Brain 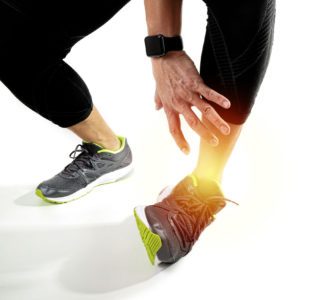 More than two million Americans sprain their ankle every year, but most heal with just a little rest, ice, compression and elevation, so they aren’t a big deal, right? That’s not entirely true, according to researchers from the University of North Carolina.

According to researchers, seemingly innocent ankle sprains can lead to the eventual onset of painful degenerative conditions due in part to the brain’s reaction to the sprain. Here’s a closer look at their line of logic:

Over the course of numerous sprains, joint receptor nerves within the ankle can be damaged, and damage to these nerves can influence the brain’s ability to know where our body parts are relative to the space around us.

“How we move is dictated by the patterns that our brain wants us to carry out,” said Erik Wikstrom, assistant professor at UNC’s Department of Exercise and Sport Science. He continued by saying that if the brain can’t easily receive signals about where the ankle actually is located, it may have less control over the joint. Then as other areas of the body compensate for the injury, areas of the brain dedicated to controlling the ankle joint can shrink. Moreover, the brain can even dampen pathways through the spinal cord to the ankle as communication breaks down.

Wikstrom believes these changes, alongside chronic ankle instability, are what’s driving recurrent ankle sprains. He believes patients with chronic ankle instability tend to put more weight on the outside edge of their foot when they walk because their brains are seeking information from the foot by stepping harder on the nerves that have become less sensitive following the sprain. However, this excess stress on the outside of the foot can contribute to even more sprains, and the cycle continues.
Breaking The Cycle

According to researchers, while rest and ice can help your ankle feel better in the short term, a more aggressive approach is needed to treat the underlying condition and prevent future ankle sprains. Active treatment options like gentle stretching, exercise and physical therapy can all help to restrengthen the damaged ankle ligaments and improve balance. These strength and balance training options also help to reaffirm the nerve sensations between the brain and the ankle, improving proprioception.

If those treatment options don’t work, talk to Dr. Silverman ankle a minimally invasive operation to manually strengthen your injured ankle ligaments. Clearly ankle sprains aren’t as minor as people believe, and they can wind up having significant long term effects. Actively treat the issue so that ankle sprains don’t become a recurring problem in your future. For more information, contact Silverman Ankle & Foot today at (952) 224-8500.