Your Feet Can Help Improve Your Bone Density 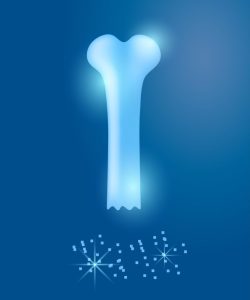 Increasing your calcium intake can help improve your bone density, but sometimes that is not enough to prevent bone density loss as we age. This is especially true for obese individuals, who are at an increased risk for fractures due to the excess stress displaced on their bones. However, a new study suggests that our feet can play a crucial role in improving our bone density.
Running To Improve Bone Density

In a recent study, researchers decided to see if certain interventions could improve bone density in mice. But not just any mice – obese mice, those with an increased risk of bone fracture. The intervention strategy they were interested in researching was running, as it has been shown to help strengthen bones, although researchers also wondered how obesity would impact the results.

For the study, researchers divided 28 mice into two groups; a lean group and an obese group. All mice were 14 months of age at the time of the study. Both groups of mice participated in running exercises on a wheel over the course of six weeks. Measurements of bone density were taken at the outset and the conclusion of the study.

According to researchers, understanding why exercise affects bone fat composition is next on their list, but they believe a better understanding could eventually lead to better ways of preserving and improving bone health in patients with conditions like diabetes, arthritis or anorexia. They also admit that the mice study is not perfectly translatable to humans, but at the same time it can help us get a better understanding of how stem cells produce bone and fat cells.

This is just the tip of the iceberg, and it points to a larger idea that running can help increase our bone density. So if you are at risk for fractures, or you simply want to improve your bone density, get up on your feet and go for a run. If you have any questions about your risk or anything else foot-related, drop Dr. Silverman a line in the box below!