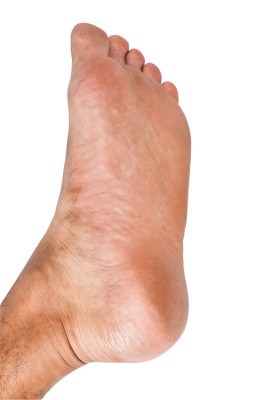 A new study published in the Journal of Pediatric Orthopaedics suggests that judo training may help prevent flat feet and related foot deformities in children.

Although the study doesn’t prove causation, researchers uncovered that boys who practiced judo had significantly higher foot arches and better balance than a group of boys who didn’t practice the art.

Flat feet is a relativity common condition, especially in children who are overweight and generally less active. Researchers say judo could be the perfect outlet for these children, as it’s more of an individualized activity compared to other team activities. They added that the benefits are two-fold: not only can it help kids get active, but the sport has numerous health benefits, from weight control to stimulating sensory receptors and muscles on the bottom of the foot.
Judo Study

To better understand the benefits of judo, researchers recruited 58 boys into the study. Half of the group had enrolled in a 90-minute judo class that met three times a week, while the other group reported that they didn’t participate in sports outside of school. The average participant was 11.5 years old.

Researchers analyzed the boys’ foot arch height in a seated and standing position, and the boys’ balance was measured using the one-legged “flamingo” test. At the conclusion of the study, researchers uncovered:

Boys who practiced judo had “significantly” higher arches compared to the non-judo group.

Although the study was small and it didn’t include girls, early research seems to show that practicing judo can help children naturally develop foot muscles and arches, and it can help improve their balance.
Dr. Silverman Comments

This study is pretty interesting, but not all that shocking. Active kids, especially at that age, will build muscle and strengthen areas of their bodies much quicker than sedentary kids. This is a pivotal time for growth, and staying active is very important.

Instead of buying your child insoles for his or her flat feet, just sign them up for an activity!