Do Cracking Knees Mean Arthritis Is In My Future? 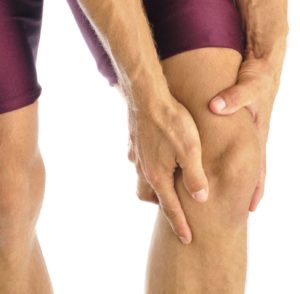 Do your knees crack when you get up off the couch or as you step out of bed in the morning? The medical term for this cracking or grating sound is called crepitus, and it occurs when there is friction between a bone and cartilage. But does this sound mean your cartilage is diminishing and you’re on your way to developing arthritis?
Arthritis and Crepitus

A new study published in Arthritis Care & Research sought to tackle that very question. For their research, they recruited nearly 3,500 patients who were part of a larger group called Osteoarthritis Initiative. Each participant was asked to visit a research lab annually for a minimum of four years. During the visit, participants underwent an X-ray exam on their knee and filled out a questionnaire about how often, if ever, their knees crack, grind or pop.

Patients who had already been diagnosed with knee arthritis were excluded from the study, as researchers were interested in patients who either had bone spurs in their knee in an x-ray exam, or people who complained of crepitus, but not both. The team of scientists also looked at the frequency of which someone would report a cracking or grinding in their knee. At the end of the study, researchers looked at the accumulation of data over the course of at least four years to draw their conclusions.
Crepitus Conclusions

Here’s a look at some of the findings from the arthritis study:

About 18 percent of studied joints progressed from “suggestions of arthritis” to having the full spectrum of both pain and a spur-ridden X-ray over the course of the study.

Many of the individuals in that 18 percent also reported having crepitus at the start of the study. This association was most evident in overweight individuals whose knees had shown some X-ray evidence of arthritis but who had not reported joint pain.

However, not everyone with cracking knees developed arthritis.

In essence, there is no definitive understanding of the relationship between cracking knees and the eventual onset of osteoarthritis, but the second point certainly is interesting. If you are overweight or obese and your knees do a lot of cracking when moving, you may be at an elevated risk for arthritis and you should talk to your doctor and begin a diet and exercise regimen. Past studies have shown that you can greatly reduce your risk of arthritis of the knees by maintaining a healthy weight and getting regular exercise, so if the alarm bells are literally ringing in your knees, make it a point to make diet and exercise a priority.