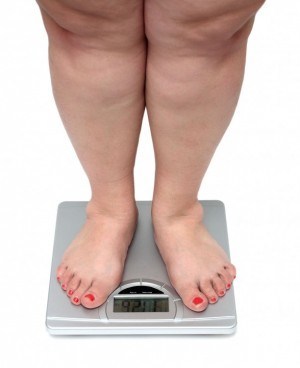 To learn more about the success rates of ankle replacement surgery based on patient weight, researchers conducted a retrospective study of total ankle arthroplasty operations (TAA) and separated them into two groups based on body mass index. The “control” group had BMIs less than 30, while the obesity group all had BMIs at 30 or above. The World Health Organization classifies obesity as having a BMI of 30 or greater. The mean BMI of the obesity group was 33.5 and for the control group it was 24.8. A total of 97 total ankle replacements were analyzed over nearly eight years. The patients were undergoing TAA to address a variety of arthritic conditions, including osteoarthritis, post-traumatic arthritis and inflammatory arthritis.
Total Ankle Replacement Results

For the most part, there was little difference in five year implant failure between the two groups.

There was a significantly higher probability of failure in obese patients at the final follow-up, an average of 7.9 years after initial surgery.

“Ours is the first comparative study with a minimum five-year follow-up to evaluate the impact of obesity on TAA implant failure rates,” says Steven L. Haddad, MD, senior author. “Obese patients with primary osteoarthritis treated with TAA were found to have lower five-year implant survivorship compared to obese patients with other types of arthritis who were similarly treated. These patients should be counseled appropriately when they are deciding between TAA and arthrodesis, or fusion.”
Dr. Silverman Comments

Obesity and weight can have a big impact on how a patient recovers from an injury. The more weight you have, the more stress you are putting on your lower body. Over time that repetitive stress wears down our structures, and can leave people more susceptible to injury.

The same logic can be applied to total ankle replacements. The implant is very strong and durable, but it’s going to wear down or have an increased likelihood of failure if it has to shoulder 350 pounds of weight compared to 150 pounds. As a surgeon, one of the things we always recommend to patients before and after surgery is to eat a balance diet. Not only will this ensure they are getting essential vitamins and nutrients to aid in recovery, but it will keep them from putting on extra weight which can overload recovering areas of the body.


Read the rest of this article here