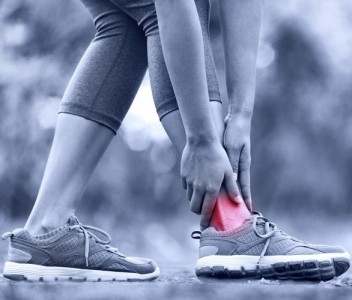 New findings out of the University of Georgia hammers home one of the main points that we talk about frequently on this blog, that ankle sprains can lead to ankle instability, resulting in even more sprains.

Overall, the findings aren’t that surprising, in that a person who has already suffered an injury is typically more likely to suffer the same injury than your average person. When you sprain your ankle, the ligaments in your ankle are stretched and torn, which affects your gait. These changes in gait and stride can leave you more susceptible to another ankle injury, confirmed the researchers.
One Leads To Another

For their study, researchers at the University of Georgia studied the gait and foot positioning of two different groups; those who had suffered a recent ankle sprain, and those who had not sprained their ankle. After analyzing foot-strike patterns, researchers uncovered that individuals who had suffered a sprain in the past were more likely to have a lower clearance height between their feet and the floor while running, and they pointed their toes more while walking. These two actions increase a person’s likelihood of having their foot strike the ground in an imbalanced state, which can lead to additional ankle sprains.

“Almost everyone who is physically active will suffer an ankle sprain at some point. Many people develop repetitive ankle injuries that are painful, can decrease performance and increase the risk of ankle osteoarthritis. We were able to identify factors in foot positioning prior to contact with the ground that may predispose some people to these repetitive injuries,” said lead author Cathleen Brown Crowell. “These findings can help clinicians develop rehabilitation programs that address movements that may have been ignored in the past.”

The authors concluded that the findings suggest that individuals who have suffered an ankle sprain have an increased likelihood of frequent future ankle sprains. Crowell concluded by saying that the next goal of her research will be to see if targeted rehab can readjust a person’s gait and foot positioning to decrease their likeliness of a subsequent sprain after an initial injury.

“We can apply our findings to clinical practice. Our study demonstrates there are differences in movements at the foot and ankle in an injured population that may respond to rehabilitation interventions beyond typical stretching and strengthening. The next step is to see if targeted interventions, trying to influence how people run and walk, can treat and even prevent ankle sprains.”