5 Reasons Why Foot Or Ankle Fusion Recovery Is Delayed 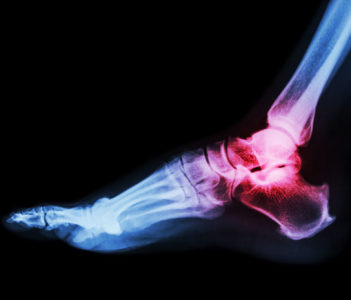 The fusion of multiple bones in the foot or ankle is a complex surgery, and healing takes some time after the last suture is stitched. For most individuals, fusion healing takes between 6-10 weeks depending on the specific operation, but some people need more time to recover. When healing takes longer than expected, it is classified as a delayed union.

Delayed unions can occur for a number of reasons, some of which are controllable by the patient, while others are not. Below, we take a closer look at five common reasons why you may experience a delayed union, and we share how doctors work to address these potential problems.
Common Reasons For Delayed Union After Fusion Surgery

Here are five common reasons why you might experience a delayed union or a non-union (more than six months without fully healing) after a foot or ankle fusion procedure:

1. Smoking – Smoking greatly inhibits healthy blood flow to your extremities, which is essential when you’re recovering from a fusion operation. Estimates suggest that smokers are three times more likely to suffer a non-union of the fusion than non-smokers. If you know you need a fusion operation and you are a smoker, it is imperative that you do everything in your power to kick the habit.

3. Diabetes – Diabetes is another risk factor for a delayed or non-union of a fusion. Diabetes affects how blood flows through our feet, and if enough healthy blood isn’t reaching the area, union will be delayed or stop short of a full recovery. It is very important to be diligent about maintaining your blood sugar levels leading up to and after a fusion operation.

4. Inadequate Blood Supply – Inadequate blood supply to the fusion site can occur as a result of issues other than smoking or diabetes, although they are likely the most common. If a previous health condition has affected your circulatory system, you may experience delayed healing.

5. Previous Failed Union – If you are undergoing a second operation because the first union failed for one reason or another, you are at an elevated risk for suffering a subsequent delayed union or non-union of the fusion. This suggests that there is an unresolved issue that needs to be addressed or better controlled for the second time around.