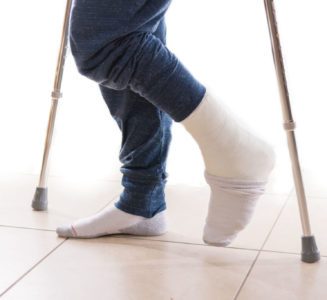 If you need to have an operation performed, you hope that once you’re discharged from the hospital, you don’t have to go back. Unfortunately, that’s not the reality for some people who suffer complications or require additional treatment.

Recently, researchers took a closer look at what factors drove hospital readmission and total cost after ankle fracture surgery. Below, we take a look at these factors and explain how we work to minimize readmission rates after surgery.
Likelihood of Re-admittance

For their study, researchers at Healio examined nearly 300 patients who underwent open reduction and internal fixation for acute, isolated ankle fractures in order to determine what risk factors increased total costs and unplanned readmission. After examining the data, researchers uncovered that the most common reasons for unplanned hospital readmission were:

Surgical site infections.
Not having the surgery performing by an orthopedic surgeon.
An American Society of Anesthesiologists patient score of 3 or more (health of patient determined on 1-6 scale with 1 being perfectly healthy and 6 being a brain dead patient).

As for factors that drove the total cost of surgery, researchers found that outpatient surgery was more than 33 percent cheaper than inpatient surgeries, on average. Other factors that increased surgical costs were having the operation performed by a podiatry service and being male.

At Silverman Ankle & Foot, we do everything in our power to make sure that you don’t have an unplanned visit to the emergency department after being discharged from surgery. From having clean communication throughout the process, having a thorough and well-prepared surgical plan to making sure you understand your rehab requirements, we want to give you the best chance at a fast and full recovery.

To learn more about The Silverman Difference, or to set up an appointment with Dr. Silverman, reach out to his office today at (952) 224-8500.