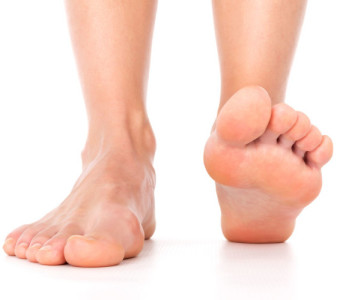 New research suggests that foot ulcers in patients with diabetes may eventually lead to cognitive problems.

In a first-of-its-kind study, researchers from Israel’s Ben Gurion University examined brain functionality in diabetic patients both before and after they developed an ulcer in their foot. Researchers looked at 99 patients with diabetic foot ulcers as well as a similar sized control group.

When compared to diabetic patients who did not develop ulcers, those who did develop foot ulcers expressed:

Researchers noted that previous studies on complications from diabetes have found a link between the condition and cognitive decline, but the new findings suggest that foot ulcers may speed up that impairment due to micro- and macro-vascular changes that occur when the ulcers develop. Those changes may have significant effect on a number of organs, including the brain.

“This study demonstrates that ‘diabetic foot’ refers not only to a physical condition but rather to a more generalized complex state involving significant cognitive changes as well,” said lead researcher Dr. Rachel Natovich.
Dr. Silverman Comments

We’ve known that diabetes has been linked to numerous other health conditions, like heart disease, hypertension and stroke, but this study shows that it also may have a significant effect on a person’s mental well-being. Being diagnosed with a health condition like diabetes or cancer will certainly have an effect on your mental health, but this study showed that when compared to others with diabetes, it was the patients with foot ulcers that saw a measurable cognitive decline.

It’s an interesting study, and I hope they continue to do more research on the association between foot ulcer development and cognitive decline. At the moment, the study stands as another reason to take good care of your feet.