How Your Feet Can Help You Study For An Exam 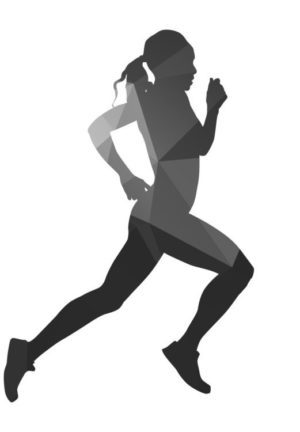 If you’re finding it difficult to learn all the course material before a test or exam, consider going for a quick run. New research suggests running can improve our memory.

The findings come on the heels of a study out of the University of Applied Sciences Upper Austria. For their study, researchers wanted to learn how activities when not studying could help an individual’s recall ability during and after studying. For their research they recruited 60 men between the ages of 16-29. The participants were asked to memorize a wide range of information, from traffic routes to word pairs. The men were then separated into three different groups:

Researchers wanted to learn how an active activity like running impacted memory compared to passive-focused (video game) and passive-relaxed (outside) activities.

“I had kids in an age where computer games started to be of high interest,” said lead author Harald Kindermann.
“I wanted to find out how this and hence the increasing lack of exercise in fresh air — impacts their ability to memorize facts for school.”
Memory Results

Researchers tested each individual’s recognition after their specific activity. What they found was that people in the running group preformed best, remembering more after their run than before. Individuals in the outside group fared slightly worse, while people in the video game group had significantly impaired recall ability.

“Our data demonstrates that playing a video game is not helpful for improving learning effects,” said Kindermann. “Instead it is advisable for youngsters, and most probably for adults too, to do moderate exercise after a learning cycle.”

Researchers had a couple of guesses as to why the results produced the data they did. Their first suggestion was that violent video games may trick the brain into perceiving it’s under real physical threat, meaning the brain focuses on the perceived threat and rejects any recently learned information. The second hypothesis suggests that the physical stress of running switches the brain into “memory storage mode” where it retains the information the student desires to remember. They say chemicals like cortisol that are produced by the body during physical activity may help improve a person’s memory.