Concerning Stats On Opioid Use After Foot Surgery 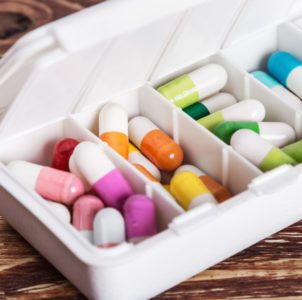 Two new studies presented at the American Orthopaedic Foot & Ankle Society annual meeting in Boston found some concerning statistics when examining opioid use after routine ankle surgery. The findings suggest that more people are continuing to use opioids after therapeutic management for pain had concluded.

According to researchers, chronic opioid use is “a major problem following orthopaedic procedures.” Factors that led people to be more likely continue opioid use after completing treatment include:

The first study looked at opioid usage rates after an elective bunion surgery. Researchers examined 41,687 patients who underwent elective bunion surgery and found that more than 87 percent filled a prescription for opioids after the operation. Researchers found that 6.2 percent continued filling a prescription long after rehabilitation should have run its course. One of the key findings was that patients who were taking opioids before surgery were more likely to continue taking them after the effects of surgery had run its course.

This is a very important eye-opening study. It demonstrates that people who use more narcotics before surgery are more likely to become addicted to the narcotics and use them inappropriately after an operation.

While it is clear that patients have pain postoperatively, the majority of postoperative pain occurs within the first one to two days following the procedure. Following that, as long as the condition is adequately treated and stabilized (there’s enough stable fixation and there are no other problems), then narcotic use should be minimal. Unfortunately, some patients are more prone to develop a need for narcotic pain management, have a core concept of pain management from a psychological perspective and/or have pre-existing tolerances.

In my personal practice, I’ve seen and treated many previous addicts who are petrified to get back on narcotics. None of these people ever get hooked. They are more than ready to discontinue medication immediately.

I’ve also seen plenty of patients who one week out from surgery without signs of infection are demanding narcotic pain management. No other condition exists, no neritic or inexplainable pain, only reporting pain following their surgery a week out. It is challenging to communicate with these people who then accuse our office of not adequately treating them, because while we want to provide them with the best care, we know the dangers of opioids when used incorrectly. It’s a delicate line to walk, and I’m glad more attention is being brought to the problem.