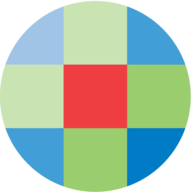 Ankle instability is common and previous studies have documented greater than 85% good-to-excellent outcomes based upon both patient-reported outcome measures and subjective evaluation of ability to return to previous activity levels after lateral ankle stabilization in the civilian population. However, patient-reported outcomes and performance may differ in the military population. The military oftentimes requires servicemembers to navigate uneven terrain and ladderwells, which can stress ankles differently than in their civilian counterparts. There has been limited evidence regarding patient outcomes after lateral ankle stabilization within a military population and its elucidation is important in optimizing outcomes for our servicemembers. Furthermore, the potential benefit of fibular periosteum augmentation with lateral ankle stabilization procedures in a military population has not been described. The results of using this extra tissue to reinforce the repair are important in determining whether its routine incorporation is indicated in the military.

In an active-duty military population, we asked: (1) What proportion of patients who underwent lateral ankle stabilization using anatomic repair techniques with or without fibular periosteum augmentation achieved good-to-excellent outcomes based on the Foot and Ankle Disability Index (FADI) score at a minimum follow-up interval of 2 years? (2) Was the proportion of patients who achieved a good-to-excellent FADI score higher among those treated with fibular periosteum augmentation than those treated without? (3) Did the likelihood of achieving a good-to-excellent outcome after lateral ankle stabilization vary based on whether the procedure was performed by a fellowship-trained sports or foot and ankle orthopaedic surgeon versus a podiatrist?

Between 2007 and 2017, 15 surgeons (six orthopaedic surgeons and nine podiatrists) performed 502 lateral ankle stabilizations. We excluded 4% (18 of 502) of patients because they were not active-duty at the time of surgery, and we excluded 12% (56 of 502) of lateral ankle stabilizations because they were performed as part of other potentially confounding foot or ankle procedures. We considered 60% (303 of 502) as lost to follow-up because the patients could not be contacted at least 2 years after surgery, they declined to participate, or they did not fully answer the questionnaires. This left 125 patients for analysis. Of those, 79% (99 of 125) had a procedure with fibular periosteum augmentation and 21% (26 of 125) had a procedure without augmentation. During the study period, five fellowship-trained orthopaedic foot and ankle surgeons and two podiatrists always used fibular periosteum augmentation. Orthopaedic surgeons performed 75% (94 of 125) of the procedures, and the other 25% (31 of 125) were performed by podiatrists. Whether a servicemember was treated by one specialty or the other was simply based upon whom they were referred to for care. Orthopaedic surgeons tended to perform procedures with augmentation (five with versus one without) and podiatrists tended to perform procedures without augmentation (two with versus seven without). To help account for this confounding factor, we performed separate analyses for procedures performed with versus without augmentation in addition to procedures performed by orthopaedic surgeons versus podiatrists. We retrospectively contacted each patient to obtain their self-reported overall result, FADI outcome score, and postoperative military capabilities. The minimum follow-up duration was 2 years; overall mean follow-up duration was 7 years. The fibular periosteum augmentation group mean follow-up was 7 ± 4 years and without augmentation was 6 ± 3 years. The orthopaedic surgeons group mean follow-up was 7 ± 3 years and the podiatrists group was 7 ± 3 years. We obtained postoperative FADI scores via phone interview along with data regarding the patients’ postoperative military capabilities, but did not have preoperative FADI scores.

The patient-reported outcome scores after lateral ankle stabilization in our study of military servicemembers at a minimum of 2 years and a mean of 7 years were far lower than have been reported in studies on civilians. Indeed, our findings may represent a best-case scenario because more patients were lost to follow-up than were accounted for, and in general, surgical results among missing patients are poorer than among those who return for follow-up. Variability in the addition of fibular periosteum augmentation and whether an orthopaedic surgeon or podiatrist performed the procedure did not account for these findings. With one third of patients reporting very-poor-to-fair results after these reconstructions, and many patients lost to follow-up, we recommend surgeons counsel their servicemember patients accordingly before surgery. Specifically, that there is a one third chance they will need permanent restrictions or have to leave the military postoperatively; analogously, we believe that our findings may apply to similarly active patients outside the military, and we question whether these procedures may not be serving such patients as well as previously believed.