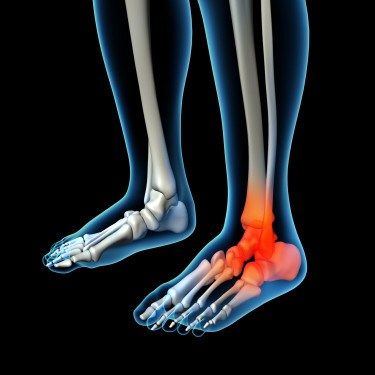 A short while ago Dr. Silverman was featured on KARE 11 for a story on total ankle replacement. We were more than happy to open our doors for the media, and now the story has been picked up by the Minnesota Sun Current.

We’re glad the story has received a little more traction, and we wanted to share the expanded piece with our readers.
Total Ankle Replacement

From the Minnesota Sun Current:

Some advancements in medical technology and procedures can be seen locally. Two years after Charles Soto traveled from 30 miles north of Detroit Lakes to Edina to undergo ankle replacement surgery, he is water skiing and back at his painting business at a part-time pace.

“I forget I have it,” Soto said. “I forget it’s an implant and not the real ankle.”

Dr. Lance Silverman in Edina performed the operation – implanting an ankle made of metal and high-density polyethylene. Ankle replacement is one alternative to an ankle fusion, which leaves patients less mobile and more restricted. It is usually used to treat ankle arthritis, Silverman said.

“It’s a joint that doesn’t like to get arthritis,” Silverman said. “… It’s resistant to getting arthritis. Instead it gets arthritis if there is something wrong with the ankle.”

Chronic sprains, deformities, a fracture around leg or angle, previous fractures and other conditions can cause the arthritis, he said. Soto had broken his talus bone and ankle after a short fall from a ladder with a hard landing. After one surgery to repair ligaments around the bones, more work needed to be done. He was given the options of ankle replacement and a bone fusion, a common procedure for such a situation.

“Ankle fusion is a great surgery,” Silverman said. “People have near complete pain relief, but they lose about 80 percent of the foot up and down movement.”