Staying Light on Your Feet Key To Avoiding Running Injuries 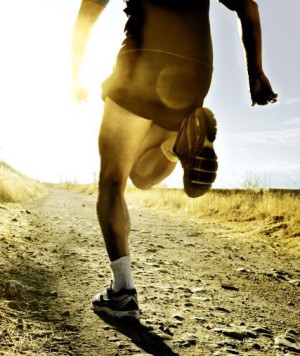 New research out of the Harvard Medical School found that runners who land lightly on their feet while running are more likely to avoid injuries than runners who land harder with each step.

The notion that reducing force on your feet will lead to less running injuries seems like common sense, but the study out of Harvard actually examined the forces at play as we run and how they can lead to injuries. Adding a wrinkle to the study, researchers looked at foot-strike data from runners who had never been injured before, a group that researchers say is often understudied in scientific literature.

“We can learn as much from people who never get injured as we can from people who do,” said lead study author Irene Davis, who serves as the director of the Spaulding National Running Center. “That way we can see what the uninjured are doing right.”
Strike Force Study

For their study, researchers examined the relationship between running mechanics and impact load. They did this by recruiting 249 female recreational runners that met a certain standard. They classified themselves as recreational runners who ran at least 20 miles a week and they all had heel-strike patterns, which researchers noted left them more susceptible to injury because that style results in a stronger impact force with each step. Participants were asked to run on a specialized track that could measure their foot-strike force, and they were also asked to detail any injuries they suffered. Runners ran a minimum of 20 miles a week, and they tracked runners for a period of two years.

At the conclusion of two years, 103 runners had reported injuries that required them to seek medical attention, and 21 runners reported no injuries whatsoever. The study did not detail what happened to the other 125 runners; perhaps they dropped out of the study or did not achieve their running goals at some point during the study. Of the 21 people who had never suffered an injury and remained injury free during the study, researchers noticed that they all landed very lightly on their heels, suggesting that landing impact is an important factor in injury development.

So the next time you’re out for a run, take your headphones out for a second and listen to the sounds your feet make with each step. Try to land lightly and lessen that noise, and you’ll put your feet in a better position to avoid injury, said Davis.

“People should really try to listen to their foot strikes and try to make them as soft as possible,” Davis said. “Sound is correlated to force, so if you’re hitting really hard it’s going to be loud and that’s a nice way to know when to reduce those impacts.”