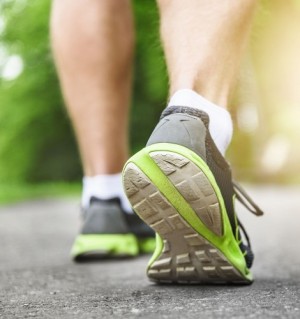 According to researchers, athletes with flat feet or whose feet naturally roll inward when running may be less likely to suffer injuries if they invest in motion control shoes.

“Our study is the first to compare shoe models with and without motion control system in regular runners with the aim to investigate their impact on injury risk,” said lead author Laurent Malisoux, of the Luxembourg Institute of Health.
Motion Controlled Shoe Study

As you may have guessed by the name, motion control shoes are designed to limit foot movement, in this case the natural inward roll of some people’s feet, with each step they take. The motion control technology is actually just a rigid piece of plastic near the middle and a harder piece of foam on the inward side of the sole to prevent inward rolling.

In order to see if this technology could be beneficial to people who overpronate when running, researchers conducted a large scale running study. Researchers asked 386 recreational runners to wear either normal running shoes or the same shoes with motion control technology when running over the course of six months. During that time, participants went on 12,558 collective runs covering over 72,000 miles. Participants were asked to document any injuries or instances of pain.

“This seems to indicate that, in general, a minimal amount of motion control is better than no motion control at all in our modern cushioned shoes,” said Malisoux.

Interestingly, motion control shoes didn’t appear to reduce injury likelihood across all types of runners. When studying runner biomechanics, researchers noted that the benefit of motion control was confined to runners who overpronated.