The Causes and Treatments for Sever’s Disease 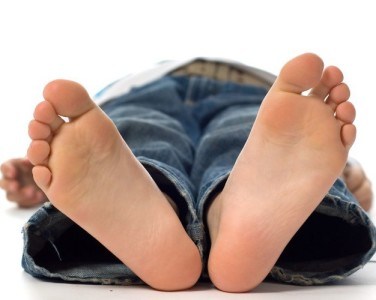 Sever’s disease is a foot condition categorized by inflammation of the growth plate in the heel of adolescent children as they grow. While the name may sound scary, it’s actually a fairly common condition that generally has no long term effects. Today, we take a look at the causes and treatment options for Sever’s disease.

What is Sever’s Disease?

Named for American Orthopedic doctor James Sever who first characterized the condition in 1912, Sever’s disease is condition that affects growing kids. The condition is also described as a calcaneal apophysitis, and it occurs in active children as their bodies continue to grow and develop.

Sever’s disease occurs when the growth plate in your heel is subjected to painful inflammation. See, a growth plate is an area at the end of a developing bone where cartilage cells slowly turn into bone cells, which is how our bones form and grow. For some adolescents, during the growth spurt of puberty, the heel bone (calcaneus) sometimes grows faster than the leg muscles and tendons. When this happens, it can cause the muscles and tendons to become tight and overstretched, which makes your heel less flexible to during normal movement. This rigidity puts added stress on the growth plate of your heel, which can lead to regionalized swelling, tenderness and mild to moderate pain from inflammation.
Causes and Symptoms of Sever’s Disease

As we mentioned above, puberty, rapid growth spurts and high levels of activity are three of the most common causes of Sever’s disease. The condition generally sets in during a two-year period early in puberty when kids grow most rapidly. This growth spurt is common in girls between the ages of 8 and 13, and in boys between the ages of 10 and 15. Sever’s disease rarely sets in after the age of 15, as the growth plates have typically hardened and fused together into the mature bone by this age.

Other conditions that can increase a child’s likelihood of developing inflammation in the heel include:

Although we already touched on some of the symptoms of Sever’s disease, here’s a full look at the potential symptoms:

Diagnosis and treatment of the condition are relatively straightforward. A doctor can diagnose the condition by listening to the reported symptoms, preforming a squeeze test to look for tenderness or swelling, and by asking the child to stand in certain positions to see if pain is present. X-ray isn’t really that helpful for diagnosing Sever’s disease, but it can be used to rule out other potential problems.

The goal of Sever’s disease treatment is to provide the child with pain relief and to reduce their level of activity to relieve pressure on the heel. You’ll want to heed your doctor’s specific advice, but some other common treatment methods include:

RICE (Rest, Ice, Compression and Elevation). Ice and elevation should be used 2-3 times a day for 15-20 minutes.

Over-the-counter anti-inflammatory medications and pain relievers. Make sure these are approved by a doctor.

In rare cases, the child may be put in a cast for a few days or weeks so healing can safely take place.

With proper care, symptoms of Sever’s disease usually resolve within 2-8 weeks, and it rarely leads to issues later in life. As with most conditions, the earlier the problem is identified, the quicker it can be treated and resolved.

So if your child is complaining of foot pain, especially after running around or playing sports, consider setting up an appointment with a foot specialist. They can see if Sever’s disease is causing the problem, and they can find a treatment plan to suit your child. Contact us for more information.