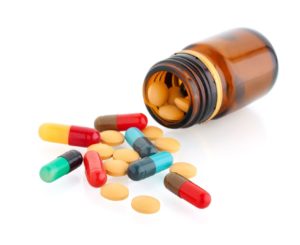 When it comes to treating patients, most doctors have two main goals. The first is to reduce pain and discomfort, and the second is to get the patient a treatment plan that puts them back on the road to recovery. We’ve developed effective treatment plans for nearly every foot and ankle condition, but we have yet to master pain control. Far too often we rely on opioids and other painkiller options that temporarily provide relief, but also have plenty of negative side effects.

It should be noted that the vast majority of people who take opioids for pain relief do not abuse them, but that’s like saying the majority of people who had a beer over the weekend didn’t get a DUI or crash their car. Both statements are true, but there’s still the potential for danger until the surface. So today, we take a closer look at the problem of prescription drug abuse and how we control for it after ankle or foot surgery.
Preventing Prescription Drug Abuse

Painkillers and opioids can play a pivotal role in recovery after a surgical operation by controlling pain and helping the patient progress through their rehab, but they can also be highly addictive. According to a 2016 study from the Washington Post, roughly 1 in 3 patients who took opioids for longer than two months as part of their rehab and recovery reported being addicted or dependent on the drugs. When you hear statistics like that, it’s not surprising when you hear other morbid statistics about opiods, like the fact that the rate of overdose deaths from opioids has quadrupled since 1999.

Other facts about opioids include:

The US accounts for up to 80 percent of the opioids distributed worldwide.
More than 650,000 opioid prescriptions are dispensed every day in the US.
78 people die from opioid-related overdoses every day.

So how can we go about reducing these numbers? It’s going to take a focused effort from both doctors and patients.
What Doctors Need To Do

Lets first start with doctors. Doctors need to take the time to get to know patients and explain the potential dangers of opioid abuse (as well as how to spot the signs that someone else in their house is abusing medication or stealing pills). They need to push for active pain management strategies instead of passive techniques that don’t provide a long-term solution.

Doctors also need to check in on their patients to ensure prescriptions aren’t running out early and to look for signs of abuse when they come back to the clinic. Writing a prescription for painkillers may be easier than setting up a comprehensive physical therapy program, but it’s not going to help the patient as much. We need to do a better job of focusing on what’s best for the patient, not what’s easiest to treat pain and discomfort.
What Patients Need To Do

Patients also need to take an active role in their recovery. They need to understand that there’s no magic will that will cure them of their injury, and that if they want to see results, they need to commit to active treatment techniques. Patients need to understand the potential dangers of the pills they are taking and be mindful of their pill counts if others live in the house.

Patients should also speak up if they begin taking more than advised or if they feel that they are relying too heavily on their pain pills. You should remember that the doctor’s office is a safe and confidential space, so if you’ve had a past problem with drugs or painkiller abuse, let your doctor know so that we can find some other treatment options that won’t have the potential to lead you back down a path you don’t want to be on.

Changes also need to come from the top, more specifically the government and the large drug manufacturers, but they only seem to care about their bottom line, so the best changes can happen at the ground level with doctors and patients. The American Foot and Ankle Society regularly speaks out about the dangers of prescription drug abuse, and you can learn more about it by visiting www.orthoinfo.org/prescriptionsafety. For more information about preventing opioid abuse, check out that site or send a message to Dr. Silverman below.